Justice-Sylvanus-Nsofor, Nigerian Ambassador To The United States Dies At 85 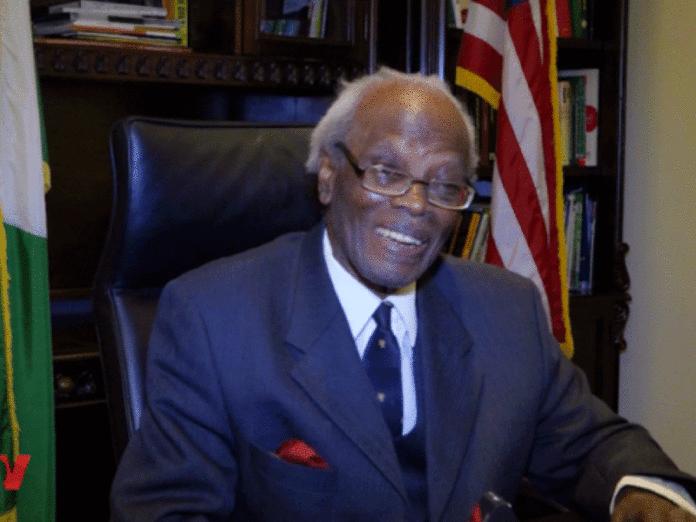 The Nigerian immediate past Ambassador to the United States, Justice Sylvanus Nsofor is dead. He died at the age of 85.
The former Nigerian senior diplomat reportedly died in a Maryland hospital in the United States.

Though there is no official statement, competent sources confirmed his death.

A retired justice of Nigeria’s Court of Appeal, Nsofor assumed office as Nigeria’s ambassador to the United States on November 13, 2017.

The envoy succeeded Prof. Adebowale Adefuye, who also died towards the end of his tenure as Nigeria’s ambassador to the US.

Born on March 17, 1935, in Oguta, Imo State, Nigeria, Nsofor graduated from London’s now-defunct Holborn College of Law in 1962. He also bagged an LL.M from the London School of Economics in 1964.

The late envoy began teaching at Holborn College of Law in 1964 and later went into private practice the following year.

He was appointed to the bench in Nigeria in 1977 and served as a judge of the Imo State High Court. Nsofor was a justice on the Court of Appeal of Nigeria for 13 years until his mandatory retirement in 2005.

When President Buhari was elected President twelve years later, he appointed Nsofor as Nigeria’s ambassador to the US, a top and strategic foreign post.