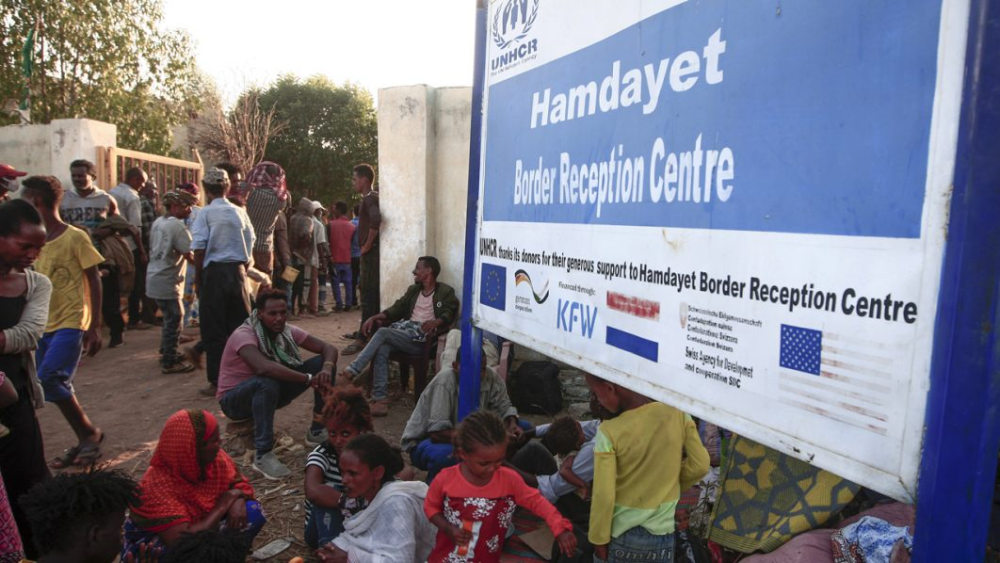 Ethiopian Prime Minister Abiy Ahmed announced November 4 he had ordered military operations in Tigray in a dramatic escalation of a long-running feud with the region’s ruling party, the Tigray People’s Liberation Front (TPLF).

Hundreds of people are reported to have been killed so far in the conflict in Africa’s second-most populous country, some in a massacre documented last week by Amnesty International.

More than 25,000 Ethiopians have fled into Sudan, Sudanese officials say.

“A war in Ethiopia would give the entire continent a bad image,” Museveni wrote on Twitter after meeting Demeke in the northern town of Gulu.

“There should be negotiations and the conflict stopped, lest it leads to unnecessary loss of lives and cripples the economy.”

But Museveni later deleted the tweet, and an Ethiopian official said Demeke made clear negotiations were not an immediate possibility.

– ‘Impunity and unruliness’ –
“We don’t need mediation until we bring ringleaders to court,” Redwan Hussein, the spokesman for a crisis committee set up to respond to hostilities in Tigray, told reporters in Addis Ababa.

“Any mediation would incentivise impunity and unruliness.”

Redwan added that Demeke would deliver the same message to other East African leaders, and the Kenyan presidency said late Monday that Demeke had met with Kenyan President Uhuru Kenyatta in Nairobi, who called for a “peaceful” resolution of the crisis.

Nigeria’s former president Obasanjo on Monday left for Addis Ababa to mediate in the crisis, his spokesman said, without giving further details.

Both Abiy’s office and the African Union said Monday they did not have information about Obasanjo’s visit.

Abiy’s office also denied any steps towards mediation were taking place in Uganda.

– Restoring order –
Abiy’s government has said the TPLF needs to be disarmed before negotiations can begin, as world leaders called for an immediate end to hostilities.

“The federal government is merely working towards restoring it.”

“As the TPLF militia were defeated in Alamata, they fled taking along around 10,000 prisoners,” a government statement said.

A communications blackout in Tigray has made claims of advances difficult to verify.

The threat of fierce resistance from TPLF-aligned fighters “persists as the Tigray special forces have access to military assets and troops from the (national army) have defected to Tigray,” said Sanya Suri, East Africa analyst at the Economist Intelligence Unit.

However Suri predicted federal forces “will succeed in quashing the conflict in Tigray in the near term”, albeit with “severe” casualties on both sides.

– Fears of wider conflict –
In recent days the TPLF has extended the conflict beyond Tigray, launching rockets on airports in Ethiopia’s Amhara region, which borders Tigray to the south, and on Asmara, the capital of Eritrea, Ethiopia’s neighbour to the north.

Debretsion has said the strikes were “legitimate” because federal forces were using the airports as part of their military operations in Tigray.

The strikes on capital Asmara in particular have reinforced fears that Ethiopia’s conflict could draw in the wider Horn of Africa region.

The Nobel Committee, which awarded its prestigious 2019 peace prize to Abiy for his efforts to heal divisions with Eritrea, said late Monday it was “deeply concerned”.

At Monday’s press conference, Redwan, the crisis committee spokesman, said the government held the TPLF responsible for the humanitarian fallout and accused it of deliberately provoking a refugee crisis.

“They are trying to scare the Tigrayan people so that they can flee away from home and go to other areas because then they can create a humanitarian crisis, which might also trigger international attention.”