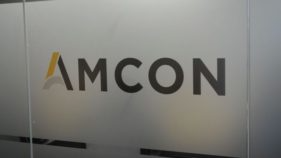 The settlement, according to the firm, is in line with AMCON’s role as a resolution vehicle to help stabilize and revitalize the Nigerian banking system and economy. The agreement by AMCON and Pan Ocean ends the debt dispute between AMCON, Pan Ocean and other syndicate of lenders.

Justice A.M. Liman of the Federal High Court, presiding over the suit between the Asset Management Corporation of Nigeria (AMCON) vs Everest Nominees Limited and Dr. Bolaji Ogundare a subsidiary of Pan Ocean Group had ordered AMCON and its assignee to take over all the assets of the companies.

Confirming the settlement, Pan Ocean’s Management remarked that the settlement is welcomed and allows the businesses to focus on its core operations.

Commenting on the resolution, AMCON’s Management remarked that “we recognise the effort of Pan Ocean and its related companies to transform the oil and gas industry, and are committed to ensuring that the divestment reduces the gearing level of the organization, while supporting Pan Ocean towards its goal of continued financial health.”

This agreement with Pan Ocean reflects the commitment of AMCON to supporting Nigerian companies with proven business case to remain afloat in the face of macro-economic induced challenges.

Pan Ocean Group and subsidiaries are primary obligors under a syndicated loan facility availed to them by a syndicate of Nigerian banks pursuant to finance their various businesses including the development of Oil Prospecting Licenses, Oil Mining Licenses, construction of the 200mmscf/day Ovade- Ogharefe Gas Processing Plant and construction of the 67km, 20 inch Amukpe-Escravos Oil Pipeline.

Some of the projects partly funded by Pan Ocean with proceeds of the loans are recognized as firsts in the oil and gas industry and are set to significantly boost industry infrastructure. The projects include the Amukpe-Escravos Pipeline which is a low-risk underground pipeline with a delivery capacity of 160,000 barrels of crude oil per day that will evacuate crude oil to the Escravos Tank farm.

Pan Ocean also invested in the development of other assets, including a PSC awarded in 2007, that is currently producing an estimated 45mmscf of gas and 3,400 barrels of oil per day.

How are you seeing our The Matrix News and the page you are on https://matrixliveng.com/amcon-oil-firm-in-out-of-court-settlement-agreement?
Go to mobile version