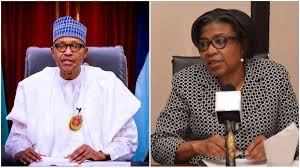 The Debt Management Office (DMO) has revealed that debts owed by Nigeria to bilateral, multilateral, commercial loans from Eurobonds and Diaspora Bond stand at $31.98 billion as of September 2020.

The bilateral debt stock which are debts arising from country-to-country loans or loans secured by Nigeria from financial institutions belonging to other countries are those owed to the Exim Bank of China, Agence Francaise Development of France, and Japan International Cooperation Agency.

A breakdown of the DMO figures indicates that more than half of the $31.98 billion debt is owed to multilateral institutions, including the IMF, World Bank, and AfDB.

The IMF had in May last year released $3.4 billion in emergency financial assistance under the Rapid Financing Instrument (RFI) to support the federal government’s efforts in addressing the severe economic impact of the COVID-19 shocks and the sharp fall in oil prices.

Based on the figures released last Thursday by the DMO, Nigeria’s total public debt stock, which comprises the debt stock of the Federal Government of Nigeria (FGN), the 36 state governments, and the Federal Capital Territory (FCT) jumped from N31.009 trillion as of June 30, 2020, to N32.223 trillion ($84.574 billion) by September 30, 2020.

Recall that worrying signals have been emerging in recent times over the rising debt profile of Nigeria.