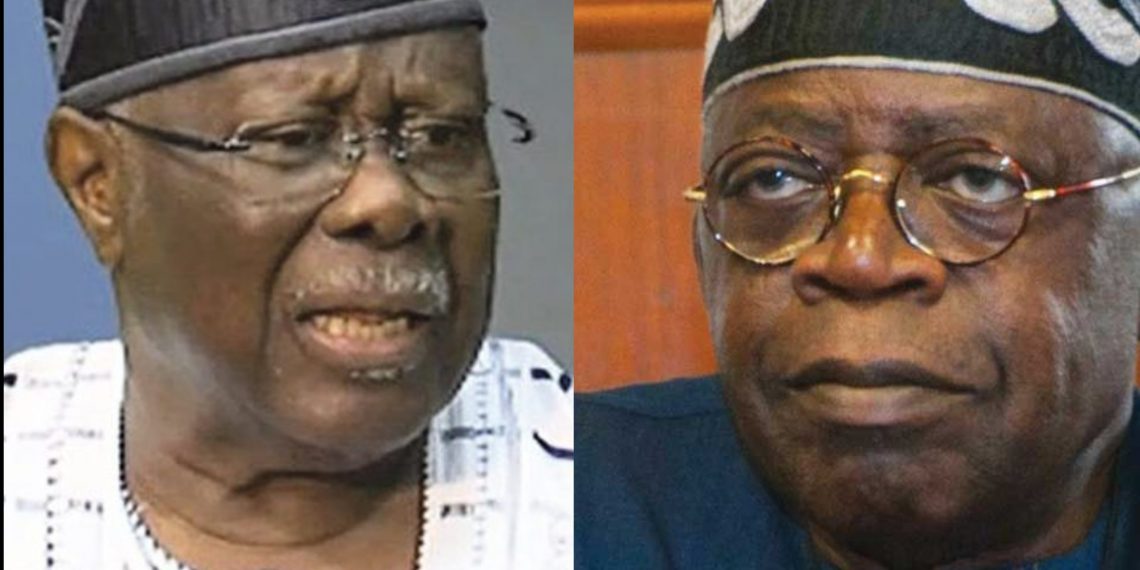 He made this known in an interview with The Vanguard Newspaper.

According to Bode George, he has nothing against the former Lagos State governor.

“I want to clear one area of discussion, there is nothing personal I have against (Ahmed Bola) Tinubu throwing his hat into the ring, but what I am saying (and it is not a dog fight), that we cannot continue to drift. This is a matter of life and death for our country, we cannot continue to drift. Yes, he (Tinubu) has a right to contest legitimately and he has declared but Nigerians must be very careful” he said.

When asked if he will go on exile if Tinubu emerges as president, Bode George answered in the affirmative.

“I will move away from Nigeria; I’ll leave because he will be your representative in the international plain. Which investment will he bring here? I am not talking because I have any hatred for him. This is not the kind of person we can hand over this massive country to manage. He will be the greatest joke on the international plane. We should bother who should lead us” he added.