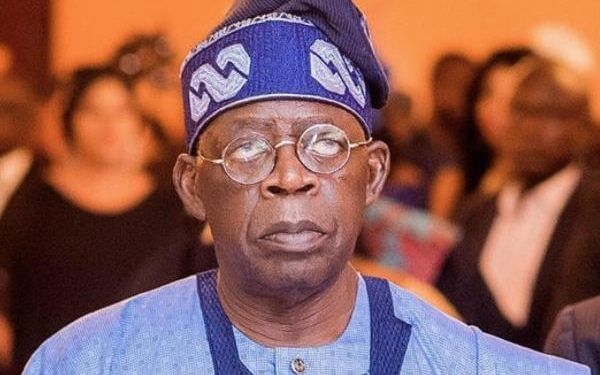 Reactions have continued to trail the declaration of former Lagos State Governor, Bola Ahmed Tinubu that he is interested in running for the presidency in 2023.

In this report, The Matrix compiles some of the reactions that has greeted the declaration of Jagaban as he is fondly called.

Bode George, a few hours after Tinubu informed President Muhammadu Buhari of his presidential ambition disclosed that the Presidency of Nigeria is not for characters like Bola Tinubu.

Looking at how he mismanaged the resources of Lagos State.

He added that the South-West geopolitical zone is the most sophisticated in the country and can never settle for Tinubu.

The former Deputy National Chairman of the PDP concluded that Tinubu would be shocked by how things will go and how he will be double-crossed by those he is trusting.

The spokesman for the Igbo apex body, Chief Alex Ogbonnia, said, “It is a project that is dead on arrival.

Because God is a universal entity that he is always interested in truth, fairness and equity.

So, for anybody embarking on anything that is not rooted in equity and justice will not succeed and this is a countervailing force that has sustained this world from the beginning.

“So, Tinubu knows that he is embarking on a cause that has no foundation in anything: foundation in equity and justice, and of course is a project that will not succeed.”

Ohanaeze spokesman, however, said it was very unfortunate that Tinubu had decided to add to the crisis in Nigeria, adding “because there is this collective conscience that has been guiding this country.

Mr Tinubu is working across purposes with the foundations of this country – foundation rooted in equity and justice.

“He knows that this is the turn of the Igbo and instead of supporting for the Igbo to emerge for peace to reign, for the corporate existence of Nigeria to remain intact, he decided adding to the problem and crisis.

So, for one to succeed as a matter of facts, patriots should consider the collective interest – the group interest more than self-interest.

But in this case now Tinubu is more interested in self-interest.

He considered self-interest above group interest or corporate existence of Nigeria.

And that is selfishness at its height and any country that has such people is always in problem.

“Ohanaeze’s position is that Tinubu knows that he is doing the wrong thing.

He is embarking on a project that is not rooted in equity, justice and fair play, and is against the common current of the conscience of the people and to that extent he will surely lose.”

It’s Time For The Youth-Adamu GarbaAlso reacting, Adamu Garba a former Senator from Yobe state warned the former Lagos State governor to watch his back as the youths are coming out strongly.

In a post on Facebook, Adamu Garba said though Tinubu has declared his intention to run in 2023 and the elders are happy with this development, but the youths are coming strongly.

Adamu told people to trust him because the youths will give the elders a sweet fight in the 2023 election.

Adamu Garba has been preaching via his Facebook account that the elders have done enough and it is time for the young ones to take over from them.

Aso Rock Straight- Joe Igbokwe The presidential declaration has excited Mr. Joe Igbokwe, , APC spokesperson in Lagos State and special adviser to Governor Sanwo-Olu on Drainage and Water Resources, he posited that the road is clear to Aso Rock from now on.”

The veil has been removed; the road has been cleared.

Aso Rock straight, no bus stop, no waiting” he wrote on his Facebook page.

Tinubu, Fit For The Job- South East Group A South-East Destiny Movement for Bola Ahmed Tinubu, SDMBAT has declared that Tinubu has proven to be fit for the position and should be supported.

The Convener, SDMBAT, Chief Ekene Enefe, who spoke in Awka recently, said Tiuibu’s good leadership ability has qualified him for the position.

The group claimed it has assessed the value that Tinubu had brought to Nigerian politics as well as the economic and infrastructural foundation laid in Lagos State, and most importantly, the human capital he built during and after his reign as governor of the state.

Enefe described Tinubu as one of the most detribalised Nigerians, who, as governor, had appointees from every part of the country, Naija News reports.

He said, “BAT (Tinubu) is one man that believes in merit; if you have the competence he is looking for, he engages you; that is the kind of man Nigeria needs now. We are supporting him because what Nigeria needs in a president is capacity, competence and national acceptability.”

According to him, the country does not need ethnic champions.

Enefe stated, “What we need in Nigeria is a good leader, who is informed and who can harness and allocate the resources of this country equitably.

“We cannot continue to advocate for a president based on ethnicity.

There was a time when people from the South-East occupied good positions in government, but it did not translate into improved infrastructure in the region.

“As a matter of fact, some of the champions of the president from South-East extraction are doing it for selfish reasons.

How have they used their former opportunities to better the lots of the people in their immediate environment?”Enefe said the SDMBAT was largely made up of youths, who were desirous of national cohesion and progress with a presence at the grassroots in the South-East region.

“We are in touch with every community in the South-East; we have been existing and decided to provide our platform for BAT, because he represents a better opportunity for the APC and better leadership for Nigeria, because of his proven experience,” he added.

2023: Battle For Presidency Hots Up As David Umahi Joins Race

2023: Battle For Presidency Hots Up As David Umahi Joins Race