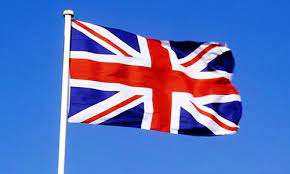 A British government plan to send asylum seekers to Rwanda will be challenged at the Court of Appeal.

Two judges dismissed a series of legal challenges against the Home Office’s policy in December, following a High Court challenge.

But, at a hearing on Monday, they gave the go-ahead for their aspects of their ruling to be reconsidered by senior judges.

The Court of Appeal will be asked to consider a range of issues, including whether the High Court judges were wrong to find there were sufficient safeguards to prevent asylum seekers being returned to a country where they were at risk of persecution, and whether the scheme is “systemically unfair.”

Asylum Aid, which provides legal advice to asylum seekers and refugees, will challenge parts of the December ruling related to the safety of Rwanda for migrants.

No date has been set for the hearing, and the Court of Appeal may also be asked to consider other issues which Lord Justice Lewis and Mr Justice Swift refused permission to appeal against.

In April last year, then-home secretary Priti Patel signed an agreement with Rwanda for it to receive migrants deemed by Britain to have arrived “illegally,” and therefore inadmissible under new immigration rules.

Several challenges were brought against the proposals, which were described at the time as a “world-first agreement” in a bid to deter migrants from crossing the Channel, which separates Britain from northern France.

The first deportation flight – due to take off on June 14 – was then grounded amid a series of objections against individual removals and the policy as a whole.

However, at the High Court in London in December, senior judges rejected arguments that the plans were unlawful.

Lord Justice Lewis, sitting with Mr Justice Swift, dismissed the challenges against the policy — which has already seen Britain pay Rwanda £140 million ($171 million) — as a whole.

However, they did rule in favour of eight asylum seekers, finding the government had acted wrongly in their individual cases.

The British government has refused to put a date on when the first flight to Kigali could take off, recognising the threat of further legal action.