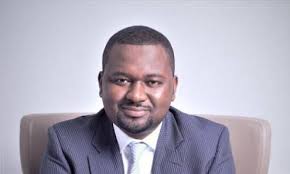 The Executive Director of BUA Group, Kabiru Rabiu alongside 13 other Nigerians aged 40 and below has been named in the 100 Africa Economic Leaders for Tomorrow.

Mr. Rabiu, who oversees the operations of BUA Group’s diverse business interests, topped the rank of 100 CEOs and bureaucrats surveyed from across the continent by the French Institut Choiseul.

The ranking was unveiled by the Institut Choiseul in partnership with other key economic intelligence and business organisations.

The Choiseul Africa 100 is endorsed and supported by Deloitte, Chargeurs, Vyes Rocher, Vicat and Ronald Berger.

In a statement, Chairman of Institut Choiseul, Pascal Lorot, said the ranking, which started in 2014, aims to honour “100 most talented young African economic leaders of their generation”.

The laureates, he said, helped Africa in its fight with the Coronavirus pandemic and helping the economy overcome the shockwave.

“These leaders are not used to accepting defeat. Throughout this crisis, they demonstrated great qualities of resilience and upsurge. Self-sacrifice, combativeness, and courage are the values that our laureates have had to show to emerge stronger,” Mr. Lorot wrote.

“Whether they are company directors, creative young entrepreneurs, talents of the new economy, or leaders of prestigious institutions, these exceptional personalities managed to reinvent their business and management model to weather the economic storm and move forward despite the turbulences of the crisis.

“The world that comes after is just around the corner and promises us multiple mutations. In this context, our laureates can rely on the Institut Choiseul of which the Choiseul 100 Africa initiative is of particular importance this year to grasp the future with serenity: explore new forms of bilateral cooperation between Africa, France, and Europe, promote a dynamic of meetings and solidarity, share our experiences and create connections and synergies,” the Choiseul chairperson added.

To rank the selected profiles, the institute said it drew out “weighted criteria” which takes into account image and reputation, background and skills, power and function, influence and networks, potential and leadership of the laureates.

“The total score obtained in the different categories of criteria determines the position of each laureate in the final ranking. Profiles with less than 10% in any of the categories are eliminated.”

Mr. Lorot said the winners are much more than the standard-bearers of a youth that bolsters the hope of more inclusive growth: they are ambassadors that showcase for the eyes of the world to see the most unique that the continent has to offer.

How are you seeing our The Matrix News and the page you are on https://matrixliveng.com/buas-kabiru-rabiu-13-other-nigerians-make-africas-100-economic-leaders-for-tomorrow?
Go to mobile version