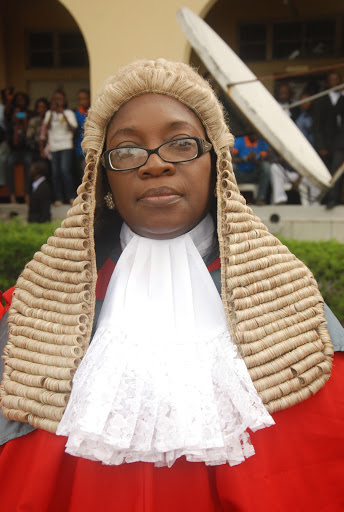 Previous article
Facts and figures of Africa free trade, AfCFTA
Next article
COVID-19: Why we soft-pedal on travel ban – FG

Justice Oyekan-Abdullahi had on Dec. 21 ordered that the court would visit the locus in quo for inspection.

She made the order while granting a motion ex-parte restraining a group of persons from preventing the state from taking full control of the property at Osborne Estate.

The property is located at Plot 10, Block 11, Royal Park Ave, Osborne Phase II, Foreshore and has been the subject of litigation at the Federal High Court with suit number FCH/L/CS/1609/2014.

The defendants in the case are the Incorporated Trustees of Osborne Residents Association, Sir Steve Omajafor, and Mrs. Chinwe Ezenwa-Uba, while Lagos State Government is the claimant.

After inspecting the property, Justice Oyekan-Abdullahi ordered the parties to meet and resolve all issues by the claimant and the defendants, especially the question of security.

She adjourned hearing until Jan. 5, 2021 and ordered parties to maintain status quo.

Earlier, counsel to the state, Mr Tobi Shosanya, had asked the court to make an order allowing the state government to take over the property in question for the building and relocation of Lagos High Court, Igbosere.

However, counsel to the defendant, Mr O. A. Olasewere, had contended that the area in question is a residential area therefore relocating a court to the environment would cause a security breach to the area.

Reports have it that Lagos is seeking to use the said property as the new premises for the Igbosere High Court, Igbosere.

It would be recalled that Igbosere High Court complex on Lagos Island housing several courtrooms were set on fire and completely destroyed by hoodlums during the #EndSARS protest in Lagos.

However, the neighbouring Igbosere Magistrates’ Court was also vandalised but the Commercial Division of the Lagos State High Court, located at TBS, was untouched.