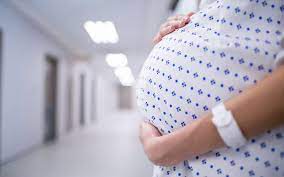 An Aba-based Medical Practitioner, Dr Oliver Onwube, has called on the Abia Government to clampdown on medical quacks that induce “cryptic (fake) pregnancy” in women seeking to conceive.

Onwube, who is the Medical Director, Catholic Hospital, Aba, made the call in an interview with the News Agency of Nigeria (NAN) in Aba on Wednesday.

“When you hear the word ‘cryptic’, it means something hidden, unknown, ambiguous.

“Medicine does not recognise that because we know that for you to confirm a pregnancy, there must be a positive pregnancy test and an ultrasound support in 99.9 per cent of the cases.

“So, if somebody says that she is pregnant and the pregnancy test and ultrasound support are negative, it is about 99.9 per cent sure that such a person is not pregnant.

“So, doctors do not believe in this wave that they call cryptic pregnancy.

“This is because it is just a money making skill that non-professionals (quacks) are exploiting to extort desperate couples, who want to have a baby,” Onwube said.
He urged the government to act fast and save the lives of such desperate women from quacks in the medical profession.

According to the Consultant Obstetrician and Gynecologist, cryptic pregnancy inducement in women poses health and financial risks to them and their families.
He advised the government to work with professionals in the medical field to fish out such quacks and punish them appropriately.
He recommended the closure of such facilities “before they ruin more women and families”.

Onwube, a specialist in Infertility and Reproductive Medicine, said that the protrusion of the bellies of such women with cryptic pregnancy causes organ damage.

“This is the reason the government should act fast to halt the trend,” he said.
He narrated how a woman, who had two children in his hospital before her husband’s death, remarried and began to patronise another facility.
He said that the woman was given drugs to cause her stomach to protrude and was later told that she was four months pregnant.

He said that when the woman returned to his facility to register for antenatal care, he discovered through a scan and pregnancy test that she was not pregnant.
“When I showed her the result of the pregnancy tests, the lady fainted,” Onwube said.
He, therefore, warned women seeking conception to desist from patronising persons, who claim to induce cryptic pregnancy.
“This has very dangerous consequences on their health, finances and emotional balance,” he further said.