Does conscience still prick in Nigeria? 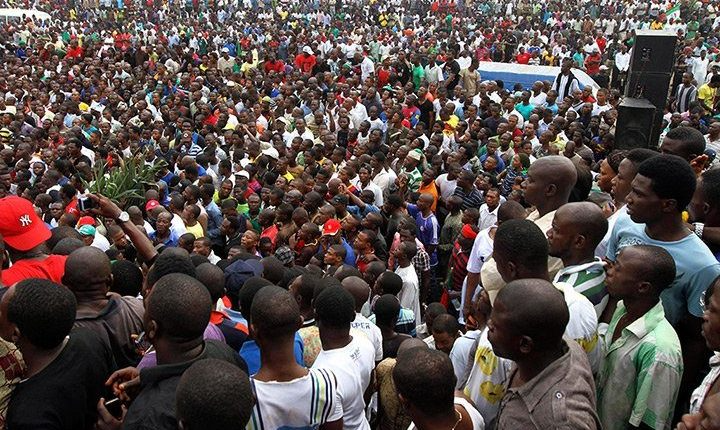 Conscience is the inner voice that warns us that someone may be looking – H.L. Mencken.
Conscience is the still, small voice which tells a candidate that what he is doing is likely to lose votes – Anonymous.

It is one the biggest revelations of recent times. As far as the military’s testimony on the Lekki Toll shooting incident goes, Executive Governor of Lagos, Babajide Sanwo-Olu, did not tell the truth. The Army, a credibility suspect too, earlier denied involvement but later admitted shooting at peaceful protesters on the invitation of Sanwo-Olu – contrary to the governor’s initial denial! Mr. Governor knows that silence could consent, yet he has not refuted the damning allegation of the Armed Forces almost a week after. Does credibility and trust still matters? Sanwo-Olu is not the first to be caught pants down and he would not be the last. In fact, a cursory look at the moral landscape of our country will show a disturbing barrenness across all spheres. Without suggesting that there are no good people or honourable deeds any more, they are rare in a world depraved of noble acts.

You don’t need to look too far to see the perversity. Our ruling elite are telling lies with candor and idiotically justifying profligacy and theft of our commonwealth. Banks and businesses rob unsuspecting customers through frivolous charges to poll huge profit margins even in recession. You cannot count on artisans to do good job when you are not watching. Teachers, perhaps due to stress, exploit vulnerable students in their care as much as preachers abuse miracle-seeking congregation in the name of God! Mutual distrust has eroded good neighbourliness across the board. What has gone wrong with our moral sense, conscience and the ‘sense of sin’ of old? Is it that many are no longer able to distinguish between right and wrong, to give preference to the former?

I have assumed that human society should ideally be moral, and it is not by accident. Morality is at the foundation of any civil society even if none can attain it to perfection. Irrespective of the values that drive nations, no human society prioritises vices over virtues. Dishonesty is a vice and integrity is always a virtue. This is not any different in African settings where moral values are necessary part of the upbringing. A child is taught from the cradle that telling lies is bad, cheating is awful, alcohol use, like womanising, are irresponsible vices, and smoking is a taboo, among other traditional no-no.

‘Mum said it is bad’ is sufficient rationale before a child’s sixth birthday. Beyond, there is need for stronger justification for moral codes, which is often hinged on religion – ‘God, our creator, said lying is bad’; ‘children of God and saints don’t drink, smoke or engage in any pleasure for the flesh’. And it is already programmed into our conscience that to do otherwise is sin. But the problem is that most childhood moral codes are anchored on faith, not reason or rational grounds. However, that is how most moral codes evolved and carry-on into adulthood, literarily forgetting where the moral codes originally came from. At adulthood, many would find faith-based and the sense of sin too inadequate to guide modern conducts.

Nigeria is a highly religious country in the sense that almost all of us subscribe to one organised religion or the other. Some families even combine two or more faiths. It is safe to say that all misdemeanors and immoral conducts are perpetrated by supposed believers, acting contrary to the moral codes of their faith. But how many hears the still voice of their conscience or attributes such to God? The point is that modern man is subjecting actions more to his urge and instincts than dictates of faith or childhood morals. Besides the lack of deep conviction in faith and spirituality, some of the moral codes of old have been found to be subjective in themself. For instance, telling lies is a vice, but not in all cases.

I do not in any way aim to justify falsehood and our country has had too much of lies to last all of us a lifetime. However, there are instances where telling the truth may create a more disastrous effect than to do otherwise. If a gunman shows up in your neighbourhood and ask of the whereabouts of your neighbour, you stand the risk of putting the neighbour in arms way by telling the truth. Traditional morality and conscience would say tell truth always but a lie that saves a neighbour’s life cannot be called a vice. Pleasure is also not a bad thing insofar it does not cause counterbalance pain to the self and others. The point is that the modern world is too complicated for traditional virtues or faith-based morals to suffice.

But what really happens when a man’s conscience pricks him? It is much more the fear of being found out and punished for acting immorally. And that is what sets conducts of many Nigerians apart from those you would find in saner climes. It is not because others are more religious than us. In actual fact, advanced worlds are far less religious, but there is sanctity of the law. Except for sociopaths and serial criminals, an average Nigeria will not err on the path of the law if he knows that someone is watching and he is liable to severe punishment. But ours is a morally depraved society and we pride selves in impunity. Without severe penalty, laws only get obeyed in breaches, especially when the lawmaker and enforcer are the lawbreakers. For instance, if the IGP could disobey the President and Commander-in-Chief on relocation to Benue without punishment, why should the rank and file obey IGP’s orders to return to duty posts after EndSARS protests? Besides, if the lawmakers in dark-tinted convoys could drive against traffic with impunity, what moral right does both lawmaker and law enforcers have to dissuade traffic-weary danfo drivers, keke operators and okada riders from obstructing traffic flow? And if the executive governor of a state cannot be forthright in a supposed straight-forward incident, why should he preach morals, and expect others to be pricked by their conscience? All these are interwoven.

I think we all as a society need to get our acts right on primacy of morals and corresponding consequences of their violations. Religion will not aid modern morality but proper enforcement and sanctity of the rules across the board should. It begins with the lawmakers leading by good example. They should act as if their actions become the law of the land. The followers too should name and shame misdemeanors to counter wrong deeds without primordial sentiments. If Mr. Governor has indeed erred in the EndSARS episode, he should own up and take responsibility. That is where leadership starts. Ire o!