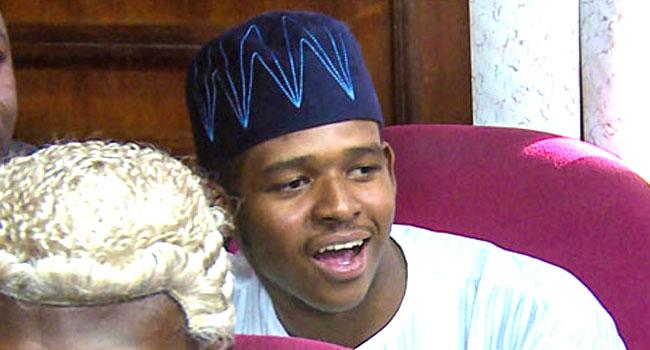 In what appears to be double trouble for the embattled former Chairman of the defunct Pension Reform Taskforce Team, Abdulrasheed Maina, his son Faisal Maina has been arrested by security operatives.

This development is coming on the heels of the senior Maina’s collapse in court earlier today.

The Economic and Financial Crimes Commission, EFCC, confirmed to the court on Thursday that Faisal was apprehended by security operatives on Wednesday night.

Faisal is facing a three-count money laundering charge the anti-graft agency preferred against him.

At the resumed hearing on Thursday, counsel to the surety, Mr. M. E. Sheriff, urged the court to suspend the hearing of the forfeiture case against his client given the arrest of the Defendant.

“My lord, I was reliably informed that the Defendant had been arrested. He was arrested last night, and he is in custody” he said.

However, EFCC’s lawyer, Mr. Farouk Abdullah, told the court that the Defendant is not in their custody yet.

“We got information unofficially that he has been arrested”, the Prosecution counsel added.

In his ruling, Justice Abang dismissed the adjournment request and ordered the surety to move the application he filed to show cause why he should not forfeit the bail bond to FG.

Recall that Faisal was declared wanted by the Federal High Court in Abuja after he jumped bail since June 24.