#EndSARS, the army and civil authority 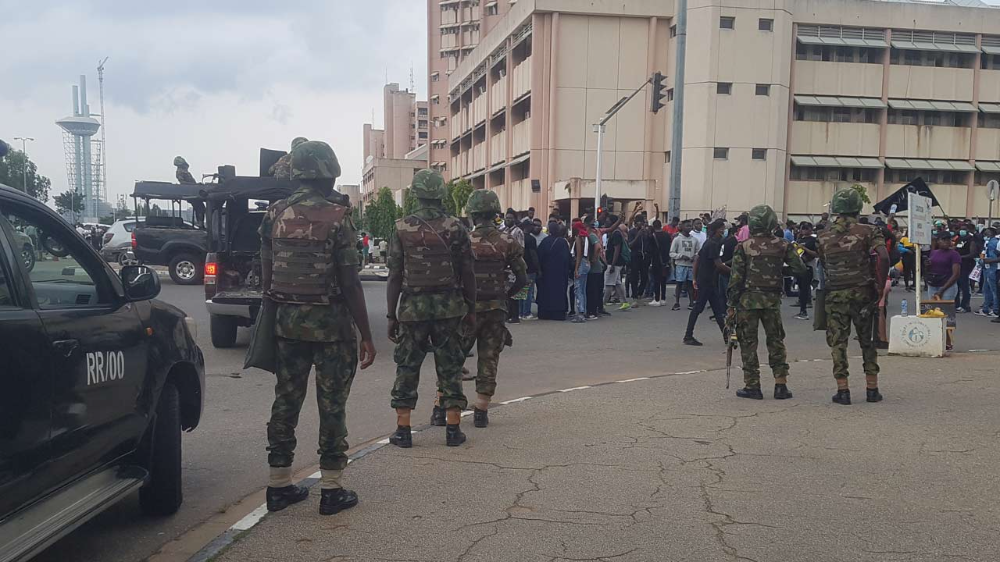 By changing its mind and renouncing its earlier decision against honouring the invitation of the Lagos State Judicial Panel investigating alleged police brutality and aftermaths of the EndSARS protest, the Nigeria Army has fulfilled the expectation of Nigerians. It is the right thing to do both for the reasons that the panel’s sitting was at the instance of President Muhammadu Buhari; and also that the military, under a democracy, is subject to the authority of the civil populace.

It is not surprising that the Army’s earlier stance not to respect the panel’s invitation was greeted with condemnation by Nigerians, as it depicted autocratic tendencies of men in uniform reminiscent of days of military dictatorship that Nigerians would rather forget. The panel’s invitation was meant to enable the Army explain its role in the protest, particularly the shooting at Lekki tollgate in Lagos.

The #EndSARS’ protest and ensuing events have left an open wound in the nation that only truth and justice can heal. At the moment, what Nigerians need of its leaders are answers and a commitment to accountability to help facilitate the healing process. While the Army has reconsidered its earlier stance and presented itself before the panel, they should be sincere in their answers and committed to the process, as it is said that truth never damages a cause that is just.x

Doubtless, the obligation of the armed forces to be accountable for actions taken in the course of performing its constitutional duty is no less of importance than the constitutional responsibility of maintaining the nation’s territorial integrity and securing its boarders from violation.

One of its constitutional responsibilities as provided by Section 217 subsection 2(c) is suppressing insurrection and acting in aid of civil authorities to restore order when called upon to do so. It has now been called upon by the Lagos State Panel of inquiry acting on the authority of the state governor. Nigerians expect the same zeal exhibited by the Army in dispersing unarmed protesters at the tollgate in providing credible answers to the Panel, lest they give the impression that they only speak through their guns.

The Army must remember that one of the demands by the protesters for restoring order was investigation of cases of police brutality, on which premise the Panel was inaugurated. Thus the obligations of the military in restoring order could not be said to be complete until answers regarding its roles in the shooting at the Lekki tollgate (where protesters were gathered) are provided. Such answers, no doubt, will help assuage the agitations of the youths most of whom are still aggrieved over the unfortunate incidence.

Public servants no matter how highly placed must learn to display an abiding respect for the rule of law. Lest they forget, they hold their offices in trust for the people and as such must be available to provide answers whenever they are called upon to do so. Officers of the Nigerian Army must be reminded of their Oath to uphold the laws of the nation, one of which is respect for all constituted authorities.x

This country runs a democratic system of government and the supreme authority is the law. All persons, institutions and entities, public and private, including the state itself, are accountable to laws. The principle of the rule of law requires adherence to equality before the law, accountability to the law, separation of powers, participation in decision-making, legal certainty, avoidance of arbitrariness and procedural and legal transparency. People who are not willing to subject themselves to public scrutiny and the demands of probity should not aspire to hold public office.

On the part of the government, while it has taken the first step in inaugurating the panel, it must show its sincerity and commitment to the process by refraining from interference in any form. It must be willing and ready to implement the recommendations of the panel upon conclusion of its mandate, no matter whose ox is gored. Shelves of various governments are stacked with reports by similar Panels and Commissions of inquiry set up in the past but which recommendations were never implemented in spite of the enormous resources expended on such projects.

The #EndSARS panels of inquiry throughout the country should not be made to suffer the same fate. The people have asked for justice; they patiently await how the government delivers.