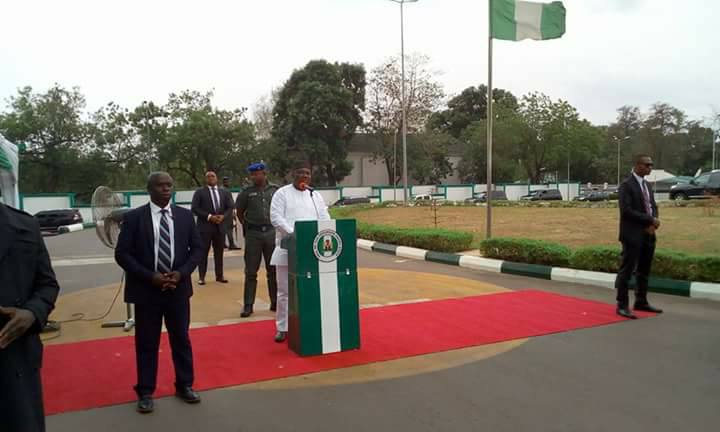 Enugu State government says it aims to increase its Internally Generated Revenue (IGR) by 50 per cent in 2021.

The Commissioner for Budget and Planning, Mr David Ugwunta,  disclosed this on Thursday in Enugu during a press briefing on the 2021 Appropriation Law of the state.

Ugwunta said that such increase in IGR was one of the major objectives and targets of the 2021 budget.

The commissioner also said that the state would aim at upholding budget performance at not less than 85 per cent as well as maintain a capital expenditure to recurrent expenditure ratio of 60:40.

He said that the 2021 budget had key strategies that would tackle the current economic problems facing the state, the Nigerian economy and the world at large.

“This is considering the need to reflate the economy of the state and put Enugu on the path of economic recovery and growth.

“In order to actualise this thrust, Enugu State in 2021 has given full attention to complete all ongoing projects in 2020 financial year and initiate new projects and programmes with the 2021 budget,” he said.

Ugwunta said that with the support of the general public and the understanding of residents of the state, “the objectives and targets of the 2021 budget will be realized.”

Meanwhile, the Commissioner for Finance, Mrs Adaona Kene-Uyawune, said that the state government had no intention to increase the taxes payable by residents.

Kene-Uyawune said that in order to increase the IGR of the state by 50 per cent in 2021, “certain automation processes have to be put in place to ensure that revenue collected go into one single account.

“We also intend to increase the tax base of the state by getting more people into the tax net,” she said.

Keen-Uyawune said that the state government would also ensure that taxes collected are deployed for the purposes they were meant for.

Recall that Gov. Ifeanyi Ugwuanyi had on Dec. 9, 2020 presented a budget of N169.8billion to the state Assembly, which was subsequently passed by the legislators on Dec. 29 and signed into law on Dec. 30.