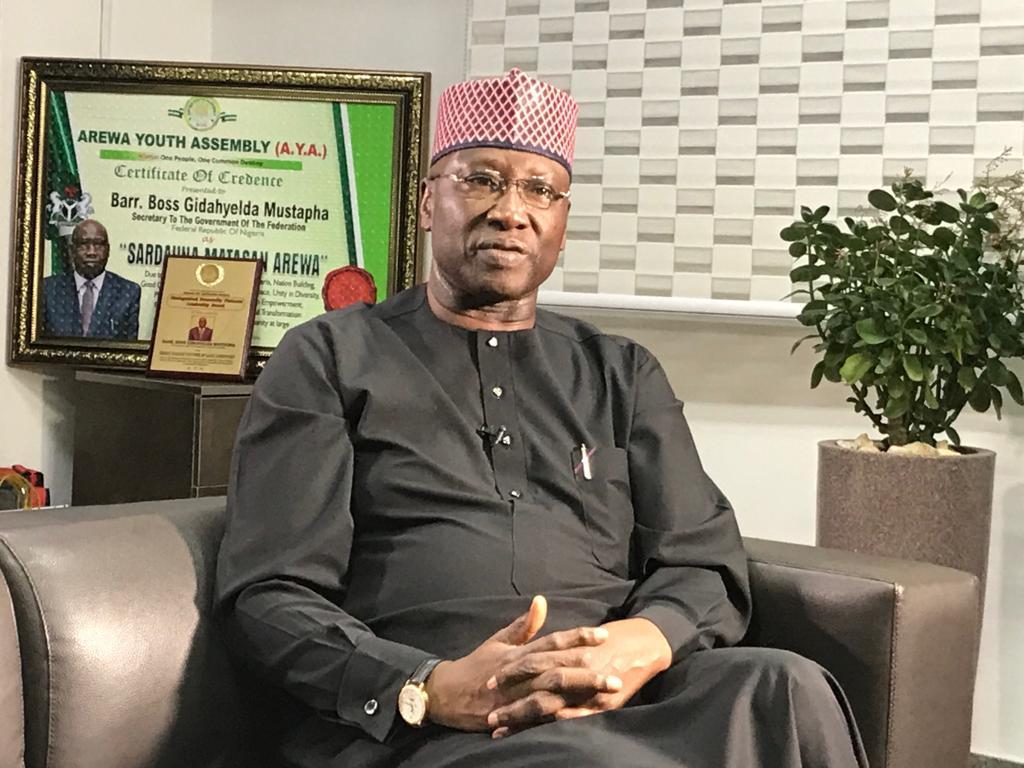 The Secretary to the Government of the Federation, Boss Mustapha has charged the newly inaugurated 16 members board of the National Pension Commission (PENCOM) to implement innovative and feasible solutions to challenges in Nigeria’s pension sector.

This, he said has become imperative due to the challenges in the pension sector, despite the constitutional and statutory provisions that guaranteed pension payment.

He stated that it was the challenges faced in the sector that had prompted the pension reform of 2004, which introduced a mandatory Contributory Pension Scheme (CPS) for employees of both public and private sectors, with few exceptions in the public service.

However, he said the sector could not meet all the challenges faced, which was a catalyst for re-establishing the PENCOM board.

“As a government, we are always conscious of our responsibilities with regards to the payment of pensions to eligible retirees in the Federal Public Service.

We are committed to discharging these responsibilities in spite of the perennial challenges, especially as caused by the global COVID-19 pandemic manifesting in dwindling revenue accruing to the nation,” he said.

Recall that the Federal Government recently announced the inauguration of 16 members of the PENCOM board.

The SGF who represented the FG launched the board at the inauguration on Thursday in Abuja and said their duties would be to implement innovative and feasible solutions to challenges in Nigeria’s pension sector.