FG Has Power To Revoke Visas Of Errant Visitors 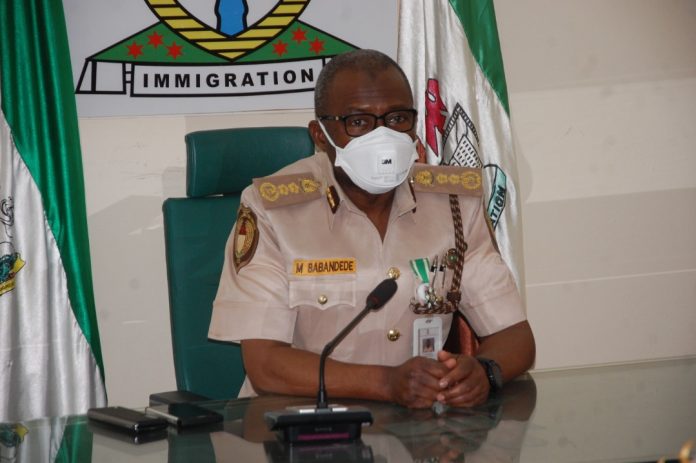 The Comptroller General of the Nigeria Immigration Service (NIS), Mohammed Babandede has explained that the federal government will revoke visas of foreign visitors who failed to present their COVID-19 test certificates on arrival in the country.

Mustapha made this known at the national briefing on COVID-19 on Tuesday in Abuja.

According to him, the Immigration Act empowers him to revoke visas and confiscate passports of offenders, adding that the next visa for global travel is the COVID-19 certificate.

He stated that based on the powers conferred on him and the additional conditions for entering the country, every visitor must have the COVID-19 test result.

He also ruled out the possibility of compromise by the officers of the service in the reissuance of passports to the 100 Nigerians who were banned for six months from travelling for flouting the mandatory seven-day post-arrival COVID-19 polymerase chain reaction test.

Babandede said their passports had been blocked and they would not be allowed to depart the country or be reissued passports in any of the 89 passport offices in Nigerian and abroad.

“The public health is a big issue in the country and based on that directives, we have complied by blocking 100 passports from travelling, which means, even if they go to the police and declare those passports missing, they cannot be reissued anywhere in the world and they cannot cross our national borders until the period of six months or communication received from the right authorities stating that they have complied.

On his part, the National Coordinator of PTF, Dr Sani Aliyu, also said if enforcement, which is the responsibility of the state governments and recourse to risk communication and community engagement fail in curbing the rising COVID-19 statistics, the federal government will not rule out all options, including another lockdown if the virus continues to spread.