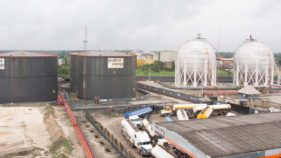 The Nigerian Independent Marketing Company (NIPCO) has disclosed its plans to further raise stake in Liquefied Petroleum Gas (LPG) projects with expected deployment of hundreds of skids and bottling plants across the country to ensure unfettered access to domestic cooking gas, as well as realisation of government’s gas agenda.

Indeed, the firm noted that hydrocarbon product storage and distribution facilities, coupled with hundreds of service stations, were part of the company’s strength in the 2019 financial year.

The Managing Director, NIPCO Plc, Suresh Kumar, who disclosed this on the sidelines at the 16th Annual General Meeting (AGM) said the performance of the company for the financial year ended December 31, 2019, was commendable, assuring that more strategies have been deployed to ensure a better performance in 2020 financial year.

Kumar said conscious efforts are on to expand the company’s retail footprint in fuel and gas distribution across the country.

He said NIPCO Gas Ltd would serve as the vehicle to drive the company’s operations and expansion across the country with a view to properly harnessing its potentials in the gas sector.

According to him, the company’s backward integration received a boost on several fonts, such as the evacuation and utilization of natural gas in Kwale, Delta State.

He said: “Also worthy of note is our growing pedigree in Automotive Gas Oil (AGO) otherwise known as diesel bulk sales to industrial concerns across the country.

“Our LPG production initiative is still on course as we look forward to the completion of the project cycle in 2020.

“Our LPG exploits will also gain more attraction with the expected deployment of hundreds of skids and bottling plants across the country to ensure unfettered access to domestic cooking gas.

“Already our massive storage of LPG is giving us an advantage, as our Apapa depot is not only allowing for easy turn around for vessels laden with gas but also giving an avenue for scores of off-takers to store and take the product to their filling plants,” he said.

The NIPCO boss further assured that “Our LPG production initiative is still on course as we look towards setting up LPG / condensate plant through which more gas will be made available in the country.

“The company’s persistent focus towards natural gas as alternative fuels for industries and automobiles are holding values at the federal level and we are upbeat of rejuvenated sales and expansion in the sector,” he said.

According to Kumar, the new drive of the Federal Ministry of Petroleum Resources at looking for alternative sources of energy with Compressed Natural Gas (CNG) to bring a change in the gas value chain is also an added impetus for the company in view of its investment in this area.

On the Corporate Social Responsibility interventions, he said NIPCO has continued to assist its host community and the state at large in many fronts as a way of giving back to society adding that it recently donated computer sets and accessories to Apapa pupils to improve access to the Information Technology tools.