Insecurity: What Buhari Needs To Do- Atiku 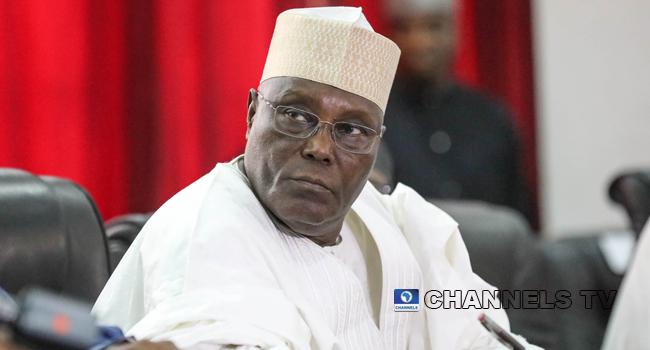 In the wake of the recent abductions of scores of students by bandits in Katsina State, former Vice President, Atiku Abubakar has asked the Federal Government to declare a state of emergency over the state of insecurity in the country.

Atiku, in a statement, said the time has come for the government to abandon old strategies and embrace better ones while describing the incident as an escalation of the spate of insecurity in the country.

Part of the strategies, according to Atiku must include the deployment of 24 hours armed military guard for each school in the affected states while stating that no sacrifice is too great to make to return law and order to the affected communities, and that must be the singular focus of the Federal Government until this menace is eradicated.

“The abduction of a large number of students at the Government Science Secondary School, Kankara in Katsina State, is a very unwelcome escalation of the spate of insecurity in the nation, one which I condemn in the strongest possible terms.

I sympathise with the parents of the abducted children and the government and people of Katsina, my adopted home state and home of my late benefactor, Tafida Shehu Musa Yar’adua. I pray for their safe return.

While I urge our nation’s law enforcement agencies to immediately swing to action and rescue the missing students, I am nevertheless conscious of the fact that we cannot continue to be reactionary in our response to the growing insecurity in Nigeria. Something has to give.

I, therefore, call on the Federal Government to immediately declare a state of emergency in states bedevilled by banditry and terrorism, for an offensive and decisive war on terror and insecurity.

For the avoidance of doubt, the emergency I call for should follow the steps prescribed by the Constitution of the Federal Republic of Nigeria 1999 (as amended), and case law, by leaving all democratically elected state and local government structures intact.

The rationale is quite simple: We cannot win the war on terror by continuing with the same strategies we have deployed over the last five years. That they have not worked is very glaring, with the Government Science Secondary School, Kankara incidence being the latest in a long line of proofs.

If we must get better results, we must implement better strategies. Strategies that may have to include the temporary stoppage of the boarding school system in all the affected states, in favour of a day students approach until the situation is brought under control” Atiku