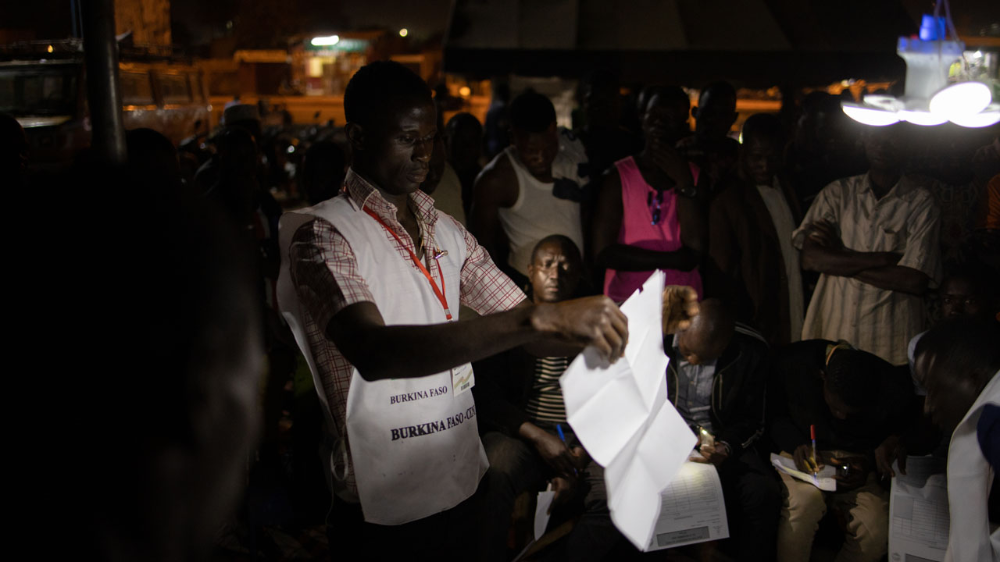 Hundreds of thousands of voters in Burkina Faso were unable to cast ballots in Sunday’s general election due to security threats, officials said, as the West African nation grapples with a growing jihadist insurgency.

An undisclosed number of troops were deployed for the presidential and parliamentary polls, which are widely expected to see President Roch Marc Christian Kabore re-elected.

But no votes were cast in one-fifth of the country, where large swathes of territory remain outside the state’s control and jihadists strike almost daily.

The Electoral Commission reported that a “certain number” of polling stations for the presidential vote had been closed after threats were made against them.

Commission president Newton Ahmed Barry later told reporters that between 300,000 and 350,000 of about 6.5 million voters had not cast their ballots due to “security threats.”

Jihadist-related violence has forced one million people — five percent of the 20 million population — from their homes in the last two years and at least 1,200 have been killed since 2015.

The security crisis — inflamed by the presence of the regional offshoots of Al-Qaeda and the Islamic State group — dominated the campaign in the landlocked West African country, one of the world’s poorest.

Most of the 12 opposition candidates running against Kabore have criticised the incumbent’s failure to stem the bloodshed.

“I hope for a lot of good things for the country: first a president who will be up to the security situation and also deputies who will vote for laws to bring us development,” said Ouagadougou resident Christian Koula after voting in the capital.

On Sunday morning, after voting in his district of Ouagadougou, Kabore rejected opposition accusations of fraud at the ballot box.

“Controversies are for another day. Now we vote,” he said.

But political scientist Drissa Traore said Kabore remains “the big favourite against an opposition which has not managed to unite behind a single candidate”.

Compaore, who was ousted by a popular uprising in 2014 after 27 years in power, is now in exile but some voters are nostalgic for his regime.

Diabre told reporters on Saturday that “there is a huge operation orchestrated by those in power to carry out a massive fraud” so as to give Kabore a first-round victory.

“We will not accept results marred by irregularity,” added Diabre, surrounded at a press conference by five of the other 11 opposition candidates, including Komboigo.

The head of the president’s party, Simon Compaore, rejected Diabre’s “allegations”. Kabore did not need “any kind of fraud to win the elections,” he said.

Kabore can avoid a run-off by winning more than 50 percent of the vote in Sunday’s first-round — as he did in the last election in 2015.

Campaigning and bloodshed
The campaigning ran alongside continued bloodshed and the fear of jihadist attacks on voting day was high.

Fourteen soldiers were killed in an ambush in the north claimed by IS earlier this month, one of the deadliest attacks on the military in the five-year insurgency.

Days later, the IS propaganda arm published a picture of two jihadists killing a man wearing an army uniform — but the military denied there had been a new attack.

Jihadist violence in the north — as in the neighbouring Sahel states Mali and Niger — has become intertwined with clashes between ethnic groups.

Almost all of Kabore’s challengers have called for dialogue with the jihadists to be explored — a suggestion Kabore has emphatically rejected.