JUST IN: Maina collapses in court 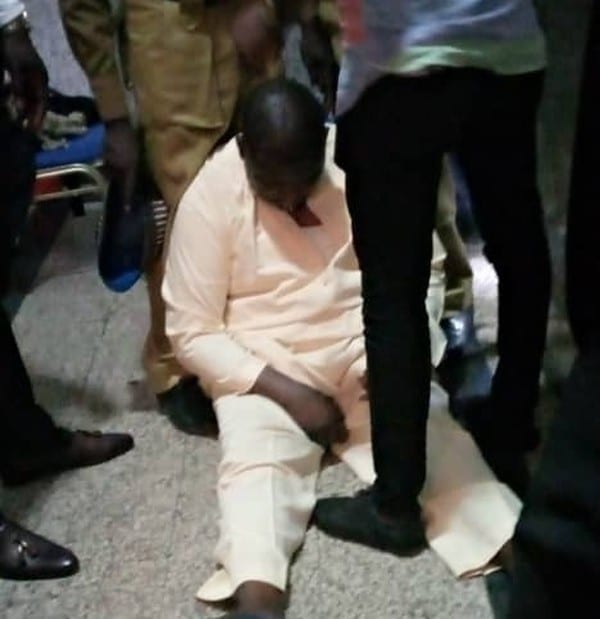 Maina slumped shortly after the court resumed proceedings in the 12-count charge the Economic and Financial Crimes Commission, EFCC, preferred against him and his firm, Common Input Property and Investment Limited.

The Thursday’s sitting was scheduled for the hearing of the defendant’s no-case submission, following the close of the prosecution’s case with nine witnesses earlier on Wednesday.

The defence lawyer, Anayo Adibe, was briefing the judge, Justice Okon Abang, that his team had yet to receive the records of proceedings requested from the court’s registry when a loud thud of Maina’s fall drew attention to the dock.

The prosecution maintained that the Defendants committed criminal offences punishable under sections 11(2) (a), 15(3), and 16(2) (c) of the Money Laundering Prohibition Act, and also acted in breach of the Advance Fee Fraud Act.

However, the Defendants who were arraigned on October 25, 2019, pleaded not guilty to charge. The court to suspend sitting.