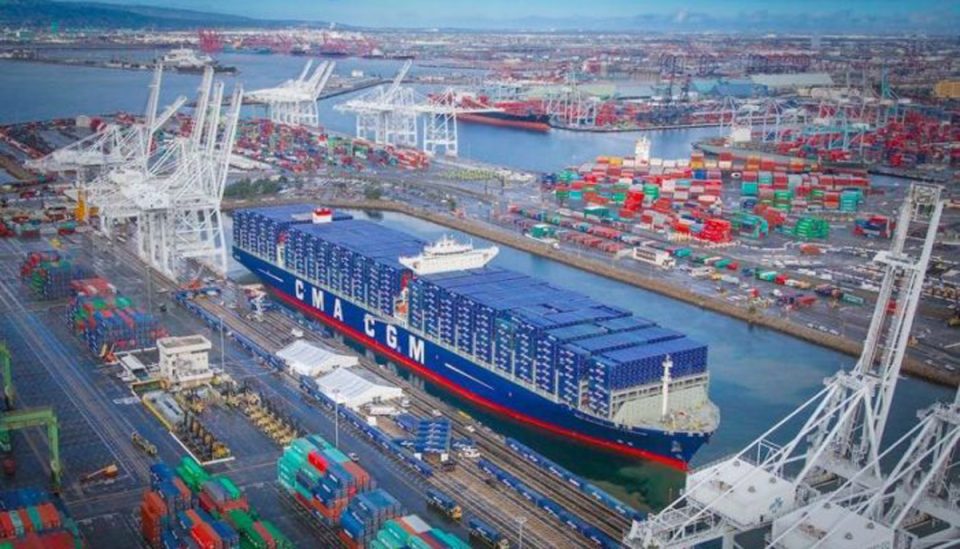 Leveraging on the Nigeria’s Seaports Growing efficiency, Importers and Exporters from countries in the West African subregion,  particularly Cameroon, are now engaging the facilities in Nigeria to meet their trade and commerce needs.

These importers are now routing their cargoes through the Eastern Ports,  transiting them to their various destinations.

The Managing Director of the Nigerian Ports Authority (NPA), Mohammed Bello-Koko, said the authority with the Nigerian Shippers’ Council (NSC), are working on affordable tariffs for land locked transit cargoes that will be imported into Nigeria when the Lekki Deep Seaport becomes operational by September.

Speaking with Journalists yesterday, the NPA boss said that with the Lekki deep seaport starting skeletal operation by 16th of September, Nigeria will win back the transit cargoes, hitherto, lost to neighboring countries when it operations begins fully before the end of the year

According to him, landlocked countries such as Mali, Chad, Niger Republic had shown interest in moving their cargoes through Nigeria ports.

He said, “Niger Republic as a country formerly imports their cargoes through NIgeria Ports. Mali is also interested and there are entities of in neighboring countries that are interested in bringing in their cargoes, but ours is to reach out as far as possible.

“We are encouraging the port management in Warri and Calabar in particular to actually go to Cameroon and there was a business that came to the port because of the engagement our port managers had with importers in Cameroon so we will keep pushing these multilateral and cross border agreement and where we need the assistance of the Federal Ministry of Foreign Affairs and Transportation, we will let them know. As soon as one landlocked country routes it’s cargoes through Nigerian ports, others countries too will follow.”

Speaking on Lekki deep Seaport, the NPA boss, said the marine equipment needed to start operation are already at the port.

He stated that when the port begins full operation, it will also reduce congestion at the Tin-Can Island and Apapa port.

He said, “Lekki deep seaport will start full operation before the year runs out and we believe that it will go ahead to reduce congestion at Apapa and Tin can.

bigger vessels that we have never used before and we will start getting back some of the businesses that we have been losing to neighboring countries.

“As soon as they start operation, the clearing procedures will be faster. Also, we are working with the port, in conjunction with, Shipper’s Council to determine what the tariff will be on transit cargoes. Nigeria used to have a lot of transit cargoes but at a point, it becomes impossible to clear and with so many checkpoints along the borders but we are working with the Nigerian Shippers’ Council and Customs to also determine the tariffs for transhipment cargoes.

“That is the business that Nigeria has lost overtime and the transhipment cargoes can either be by sea or by roads to other countries that was why the President gave instructions to connect the Lekki Deep Seaport To Lagos-Ibadan standard guage to ease movement of cargoes and it is when you are able to move cargo from the sea to the hinterland that you will be able to get landlocked countries to route their cargoes through your port,” he said.

Speaking on commencement of operations at Lekki port, the MD said, “by the 15th of this month, Lekki deep seaport will have completed installation of its equipment, so we can say the port is ready by 15th of September, however, this is the first time in a long time that a new port will be set up in Nigeria.

“A port with different system, different IT deployment that we dont have currently in Nigeria will be at Lekki. No port currently in Nigeria has a Ship To Shore Crane. The IT system they have has minimal human interaction that you will do your clearance, other clearance processes from your office and finishes everything containers will be identified using digital information system.

“From 16th of September, they will start dry runs and testing. They are recruiting and probably have finished recruiting Nigerians that will work there and they need to train them on how to use the cranes and how to use the digital system, clearing system and all that and that take a lot of time so from our interactions with them, as far as we are concerned, Lekki deep seaport is ready we are there when two vessels bring in the cranes and others.

“ The marine services will be provided by the NPA, pilot cutters and mooring boats and so on are their. The Nigeria Customs will be their and the President few weeks ago approved and designated Lekki deep seaport as a port of destination. It has full compliment of a Port and vessels can come from outside the country, berth and as well do rummaging and go,” he said.