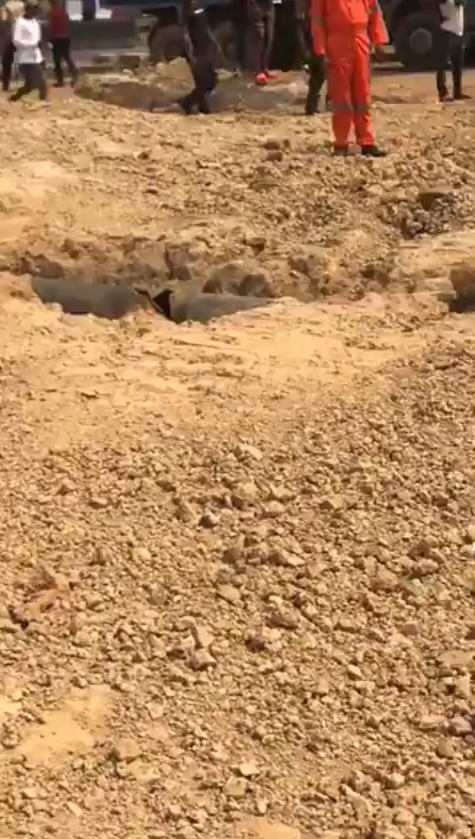 Following the explosion of a gas pipeline along the Arepo-Magboro axis of the Lagos-Ibadan Expressway the Federal Road Safety Corps, FRSC Corridor Commander, Lagos-Ibadan-Egbeda Corridor, Kehinde Hamzat, has urged motorists not to panic while assuring that “professionals are taking care of the situation”.

This was contained in a traffic advisory issued by the FRSC for users of Lagos-Ibadan Expressway around Magboro.

“We have a case of gas pipeline explosion around Punch Newspaper, Magboro. The pipeline got busted while the men of Julius Berger, the construction company working on Lagos-Ibadan expressway were excavating a surface for Worksite.

This has led to a standstill traffic situation on both sections of the expressway.

Motorists are advised not to panic as professionals are being contacted to take care of the situation.

For people who have time-bound activities may explore alternative routes and for those who can postpone their trips, let us endeavor to do so while the situation gets controlled” the FRSC official said.

Recall that an incident of gas leakage occurred earlier today through a damaged pipeline by Julius Berger, the Construction Company, working on the Berger-interchange stretch of the Lagos-Ibadan Expressway. This resulted in an explosion around Punch Newspaper, Magboro which caused traffic gridlock on both inbound and outbound sections of the expressway.