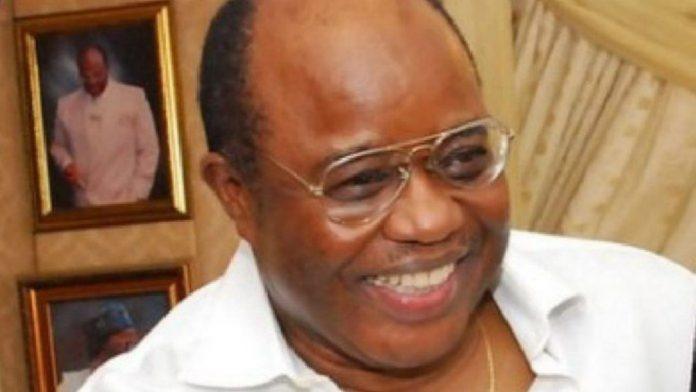 Oyo State Governor, Seyi Makinde and Otunba Dele Momodu, the Publisher of Ovation Magazine have joined the ranks of Nigerians who are mourning the death of a prominent businessman, Chief Harry Akande who died earlier today.

Akande, who was the Agba Oye of Ibadanland, reportedly died after a brief illness in the early hours of Saturday and the Oyo’s state governor has described the late Akande’s death as a great loss to Oyo State and Nigeria.

“The news of the death of the Agba Oye of Ibadanland and internationally renowned businessman, Chief Harry Akande, came to me as a shock. His death meant another great loss to Ibadanland, Oyo State, and Nigeria.

Chief Harry Akande’s renowned as an international businessman who tried to make inroads into Nigerian politics to make a greater impact on society remains classic.

He was, indeed, one of the pathfinders for businessmen in politics, and his efforts in deepening democracy through participation in politics will go into the annals of history, especially his role in building formidable opposition politics.

This is one death too many and we can only pray to God to halt these deaths and allow our elders to make more impact on humanity.

We cannot question God but we can pray, and that is what we will continue to do. I pray that God will grant repose to Chief Akande’s soul and also sustain his immediate and extended families. Rest in peace, Agbaoye” Makinde said.

On his part, Momodu reminisced on how the late Akande lived his life to the fullest while praying for the repose of the soul of Akande.

“Chief Harry Ayoade Akande had held America spellbound with his Hollywood star-like lifestyle. He is the second Ibadan billionaire to pass on this year after the departure of The Parakoyi, Chief Bode Akindele. May their souls Rest in Peace” he tweeted.

We held the funeral service for my mother, Chief (Mrs) Abigail Omojolagbe Amope Makinde (nee Omoregie) at the Cathedral of St. Peter, Aremo, Ibadan, today. My tribute to her was about our unique relationship & a celebration of her life. May her soul rest in the bosom of our Lord. pic.twitter.com/ieApcBzle4