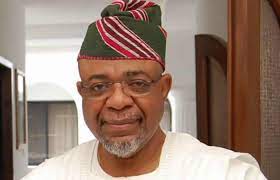 The Chief Medical Director of the Lagos State University Teaching Hospital, LASUTH , Prof Adetokumbo Fabamwo has said that as part of efforts to reduce medical tourism more departments in the hospital have been upgraded to offer tertiary services.

Fabamwo who spoke in Lagos at a press conference to present some of the achievements of the hospital said there is massive development of infrastructure to meet advancement in standard of medical services globally.

He said in line with the vision to provide affordable  tertiary services disclosed that the hospital now does more open heart surgeries locally without collaborations from external bodies and that in the last one month, six open-heart surgeries have been done.

On the issue of bed space management, he said that the hospital was using a team of nurses called a ‘monitoring crew’ to ensure speedy transfers of stable patients from emergency units.

He said the new strategy has created spaces for incoming patients.
Fabamwo said the ongoing construction of the Sustainable Development Goals, SDGs, building in the premises with a 120-bed capacity was at a 90 per cent completion level.
“The SDGs building would alleviate the issue of bed space constriction, enhance critical care services in the hospital and assist to reduce medical tourism in the state and country.”

He further disclosed that the hospital was also working on the expansion of its Surgical Emergency Unit, Psychiatric Unit and Resident Doctors’ quarters.

He said the policies and infrastructure development were to improve healthcare services and patients’ experience at the hospital.

On the alleged sale of COVID-19 vaccination cards by one Mr Solomon Oriere, the CMD described him as an impostor who does not work in LASUTH.

He said Oriere had been arrested and  in police custody,  the public would be kept abreast of the findings of the investigation.

Continuing, the MD said LASUTH has acquired a C-ARM Machine to replace the old one that has been inoperative and hampering efficient theatre utilisation.

He also stated that in 2022, the Governor, Babajide Sanwo-Olu approved for employment, of a total of 871 personnel for special dispensation and exit replacement.