NACC seeks “higher standard” from non-oil exporters with US 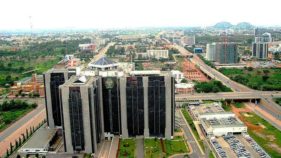 NACC President, Oluwatoyin Akomolafe, during a courtesy visit to Rutam House, The Guardian headquarters, said the chamber can help exporters achieve some standards, among others, in exporting non-oil and agro-allied products to the United States.

“Our members stand to gain a lot more with higher standards of exports and better access to finance under the AGOA project but that is currently addressed by the Chamber through education and training of members,” Akomolafe said.

Launched in 2000, the African Growth and Opportunity Act (AGOA) which is set to expire in 2025, removes all tariffs on 6,400 products available for export to the US, helped to move the US-Africa relationship from aid to trade, from donor-recipient to one of mutual benefit and gain.

The products that are being considered for export under AGOA include sesame seed, cashew, tomatoes, oranges, cassava, spices and ginger.

In return, the US required only that the nearly 40 participating African countries, including Nigeria, be making progress on economic and political reforms and pose no threat to US national security.

These conditions constituted a low bar as the number of AGOA countries has been relatively stable since the legislation went into effect in 2000.

Akomolafe said that the Chamber is an AGOA Resource Centre, and works with the Commercial Section of the U.S. Embassy, Nigerian Export Promotion Council (NEPC), in assisting its members with standards.