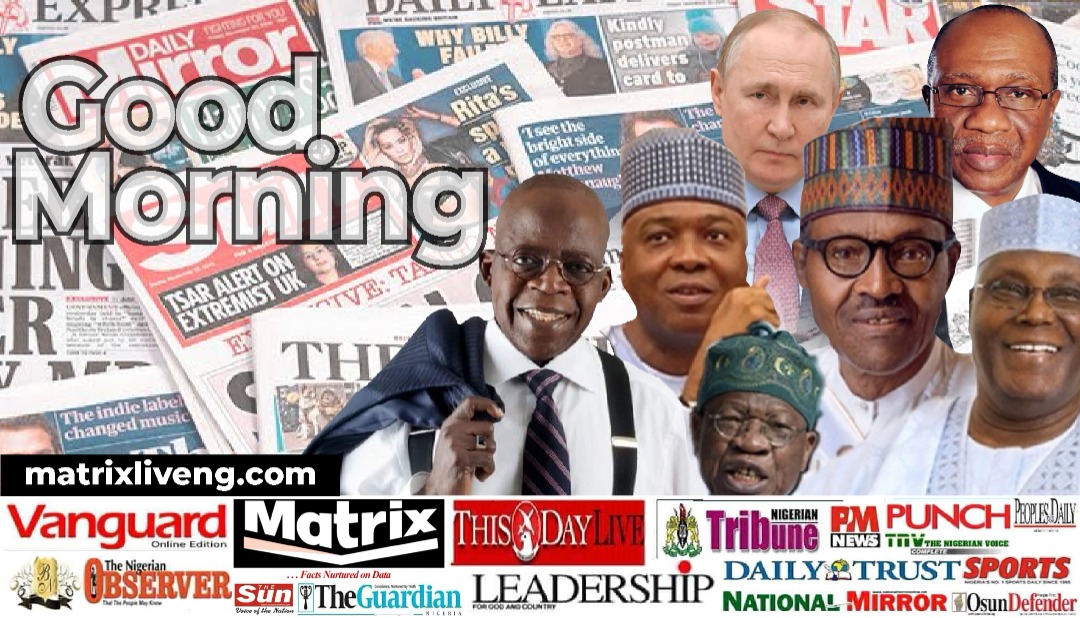 As the January 31, 2023 deadline set by the Central Bank of Nigeria (CBN) for the phasing out of the old N200, N500 and N1,000 notes inches closer, the governor of the apex bank, Godwin Emefiele is heading for a showdown with Nigeria’s Governor Forum (NGF) and the National Assembly as both institutions are calling for an extension of the deadline while the apex bank has remained adamant that the deadline remains sacrosanct.

Following controversies on how much has been collected as Stamp Duty, the Governor of the Central Bank of Nigeria (CBN) Godwin Emefiele, has clarified that the total revenue collected as stamp duty between 2016 and 2022 stands at about N370.7 billion contrary to the N89 trillion bandied around.

2023: How Obi Was Attacked After Rally In Katsina- Labour Party

The Presidential Campaign Council of the Labour Party (LP) has revealed that its Presidential candidate, Peter Obi was attacked in Katsina State after campaigning.

Why We Won’t Campaign For Atiku- Wike

Rivers Governor Nyesom Wike has clarified that they would not campaign for Atiku Abubakar, the Presidential Candidate of the Peoples Democratic Party (PDP) because there was no understanding to warrant such support in Rivers.

Bola Tinubu, the presidential candidate of the All-Progressives Congress (APC), has vowed to make Aba, a commercial hub in Abia State a major exporter of goods if he is elected president.

Following the biting scarcity of Premium Motor Spirit (PMS) popularly known as petrol, President Muhammadu Buhari has set up a 14-man Steering Committee on Petroleum Products Supply and Distribution management to find a lasting solution to disruptions in the supply and distribution of petroleum products.

A suit seeking to reverse the Lagos State Government’s ban on commercial motorcycles popularly known as Okada and Tricycles (Keke NAPEP) on some of its roads has been thrown out by the Federal High Court sitting in Lagos State.

The Supreme Court has dismissed four appeals challenging the election of Oladipupo Adebutu as the governorship candidate of the Peoples Democratic Party (PDP) in Ogun State.

The campaign train of the Peoples Democratic Party (PDP) berthed in Asaba, the Delta State capital on Tuesday as the party’s presidential candidate, Atiku Abubakar explained that his choice of Governor Ifeanyi Okowa as running mate was due to longstanding support from the state.

The Federal Government of Nigeria has presented a letter of approval to the Amalgamated Union of App-Based Transport Workers of Nigeria (AUATWON).