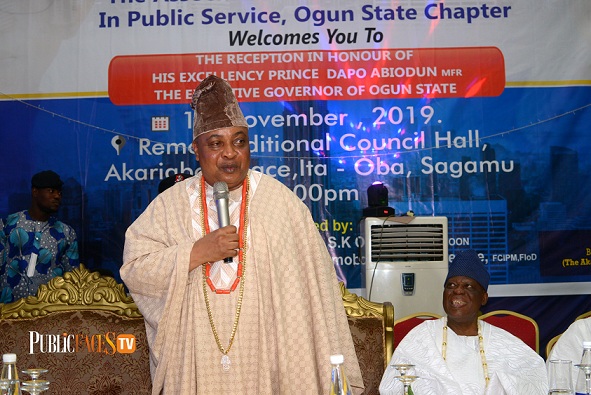 The Ogun House of Assembly has summoned the Oniraniken of Iranike, Sagamu, Remo, Oba Adewale Adeniji, to appear before it next Wednesday over alleged invasion of family land.

Mr Olakunle Oluomo, the Speaker, made the announcement during plenary in Abeokuta on Thursday.

Oluomo said that the third invitation to the traditional ruler became imperative owing to two previous invitations already extended to him in 2020 which he ignored.

The Speaker warned that failure to appear this time would make the House to invoke Section 129 of the 1999 Constitution to effect the traditional ruler’s appearance.

The Assembly, through its Committee on Lands and Housing, had earlier summoned the traditional ruler to explain allegations of alleged threat to life and invasion of Olumeru Adeyemi Sodiya Family land at Idarika Kanuyi village in Sagamu.

The committee had earlier engaged concerned members of the community on their petition against the traditional ruler who was earlier expected to appear before the lawmakers on Thursday.

It directed the traditional ruler to produce all necessary documents including land title documents in his custody in relation to the landed property allegedly acquired forcibly.