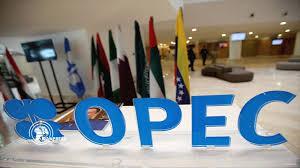 After news emerged that the Organisation of Petroleum Exporting Countries and its Allies, OPEC + at its meeting yesterday agreed to cut production by a total of 1,775,000 barrels per day (BPD), oil prices witnessed a surge that peaked at an 11 months high.

Brent crude, the international benchmark, surged 88 cents, at 1.7 percent, to $54.48 a barrel as of the afternoon of Wednesday.

Recall that Saudi Arabia, the world’s biggest oil exporter, said on Tuesday that it would reduce crude oil production, for the upcoming months of February and March by an extra voluntary amount of one million barrels per day.

This means that the kingdom’s production for the two months after both its targeted and voluntary production cuts will be 8.119 million per day.

With coronavirus infections spreading rapidly, producers are wary of a further hit to demand.

Recall also that oil prices have been on a decline in recent weeks following the rollout of the COVID-19 vaccine raising hope of a quick recovery.

This development will signal good news for Nigeria as crude oil accounts for half of the government’s income and about 90 percent of Nigeria’s foreign exchange earnings.