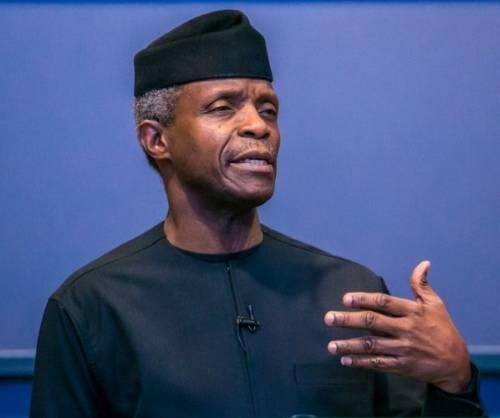 Vice President Yemi Osinbajo on Wednesday presided over  the 28th virtual  meeting of the Federal Executive Council (FEC) at the Council Chamber of the State House, Abuja.

President Muhammadu Buhari, who is on a one week state visit to Kastina State, joined virtually from his home town,  Daura.

The Head of Service of the Federation, Dr Folasade Yemi-Esan and other ministers joined virtually from their offices.

Boss Mustapha, Secretary to the Government of the Federation, was represented by the Permanent Secretary, Ecological Funds Office, Mrs Habiba Lawal.

The National Security Adviser, Maj.-Gen. Babagana Munguno (retired), and the Chief of Staff to the President, Ibrahim Gambari were present at the meeting.

At the last meeting held on Dec. 9, FEC approved the sum of N1.1 billion for the expansion of the apron of Maiduguri airport and insurance cover for 22 airports across the country.
- Advertisement -