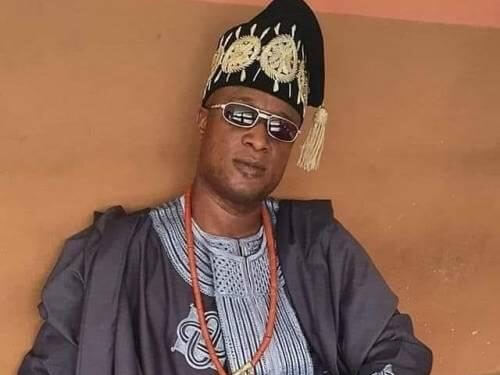 Owo high chief was killed in his farm by unknown gunmen on Wednesday evening.

The police in the state have confirmed his killing and promised to fish out his killers.
Meanwhile, his gruesome murder has continued to generate reactions as  some youths, chanting different songs, blocked the roads at the First Bank area of Owo where the deceased controlled before his death.

The protesters also burnt tyres to express their displeasure at the situation.

They urged security agencies to wade into the issue promptly and bring the perpetrators to justice.