Buratai, former chief of army staff, presented his letter of credence to Talon during the meeting.

The visit takes place amid the saga over the continued detention of Sunday Adeyemo, the Yoruba Nation agitator better known as Sunday Igboho.

Igboho and his wife, Ropo, were arrested at an airport in Cotonou last week and detained at the request of the Nigerian government.

His lawyers requested the release of his wife on the grounds that she had committed no offense against Nigerian.

The charges against the Yoruba Nation activist border on arms smuggling, inciting violence and calling for a secession of the Yoruba from Nigeria.

Igboho and his lawyers have denied all the allegations levelled against him.

The Beninese appeal court sitting in Cotonou on Tuesday ordered that he should remain in detention. A source told Matrixlive that Igboho would not be set free. “The problem is with the extradition, and there is a lot of politics going on,” the source said.

Another insider said Igboho repeatedly prayed the court not to be sent back to Nigeria for fear that he may be killed.

Below are photos of Buratai meeting with the Benin Republic president. 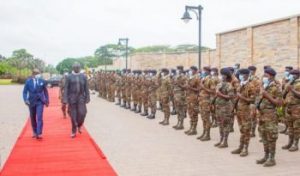 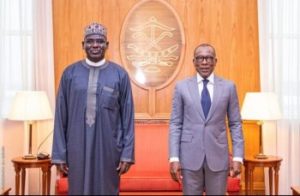