POS Centers: 3 Tips On How To Avoid Being Scammed 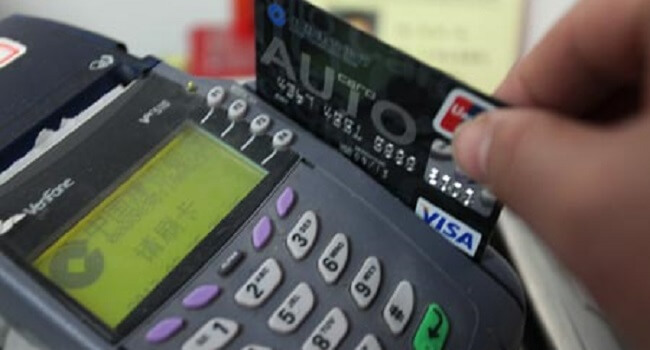 In a bid to prevent the rampant cases of scams being perpetrated through Point of Sales Centers popularly known as POS Centers, The Matrix Newspaper has compiled a list of things you should never allow a POS Center agent to do with your Automated Teller Machine cards, ATM Cards.

POS centers have come to stay and have become a fixed part of many Nigerians.

They provide quick services that help us withdraw and send funds conveniently without having to stay in a queue in a banking hall.

POS centers dot every street in Nigeria today, where you go to withdraw money to avoid the stress of going to the bank or ATM Machine to withdraw.

Similar to the value, the volume of POS transactions carried out during the year was also phenomenal.

NIBSS reported that the total volume of POS transactions increased to 655.7 million, a whopping 49.49% higher than the 438.6 million recorded in 2019.

However, detecting fraudsters among POS Agents is extremely difficult.

A lot of POS Agents are using the privilege of being an Agent to obtain information from customer’s ATM cards.

Below are some tips to prevent yourself from being scammed;

1. Avoid asking your POS Agent to insert your ATM PIN for you.

Just like Some of the POS workers will do, they will request for your ATM PIN in order to enter it for you.

Please double-check that you entered your PIN on your own.

The reason for this is because some POS machines can save ATM Card information, they cannot store your Pin.

If the agent assisted you in entering your PIN, they can later use it to remove money from your account.

2. Do not allow the POS Agent to withdraw money on your behalf using his Android phone.

In this case, some POS agents may claim that their POS Machines aren’t connected to the internet and will withdraw money for you using their Android phones.

Let me tell you something you don’t know about those internet platforms that POS agents use to withdraw money for consumers when their POS machines’ networks are down.

The information from ATM cards is stored on these web platforms.

If you enable an agent to withdraw money for you using his Android phone, your ATM card information will be saved on his phone.

One day, they will just use your ATM card to make internet purchases.

If his POS machine isn’t connected to the internet, you can move to another nearby ATM centre.

3. Never Allow a POS Agent file a Dispense Error Complaint on your behalf. If you have a dispensing error while withdrawing money from a POS machine, I recommend going to the bank by yourself to file a complaint.

A POS agent will ask for your card information so that they can file a complaint with your bank on your behalf.