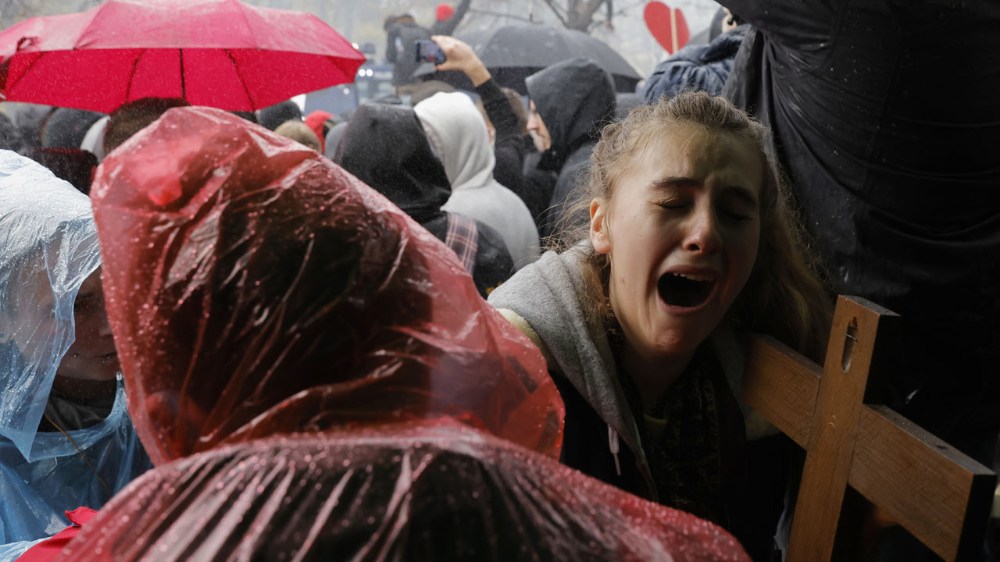 German police on Wednesday used water cannon and pepper spray to disperse thousands of unmasked protesters at a demonstration in central Berlin against government measures to curb the spread of coronavirus.

A total of 365 arrests were made and ten police officers injured as around 5,000 activists gathered at the city’s Brandenburg Gate, after the German government banned rallies outside parliament because of fears of violence.

After repeated warnings for the crowd to put on face coverings went unheeded, police spent several hours trying to clear the demonstration.x

Protesters threw bottles, stones and fireworks at police and attacked them with pepper spray, police said, prompting officers to “use physical force and pepper spray and arrest some of the attackers”.

The demonstration mirrored similar protests seen across Europe against restrictions opponents see as a violation of their civil rights despite government warnings about the need to stop the spread of infections.

Organisers in Berlin accused the government of trying to establish a “dictatorship” with shutdown measures that were tightened this month.

Achim Ecker, a demonstrator in his 50s who travelled to Berlin from neighbouring Brandenburg state, said the government was exaggerating the dangers posed by the pandemic.

“We don’t need emergency measures,” he said. “I believe in our own immune systems.”

As protests erupted outside, MPs on Wednesday passed amendments granting state governments formal powers to limit social contact to help halt the spread of the virus, putting the shutdown measures on a firmer legal footing.

In online chatrooms, activists have compared the measures to the Enabling Act of 1933 which gave Nazi leader Adolf Hitler’s government dictatorial powers.

The comments drew outrage, with Foreign Minister Heiko Maas tweeting: “Those who make such disgraceful comparisons mock the victims of National Socialism and show they have learned nothing from history.”x

Merkel’s spokeswoman Ulrike Demmer told a government press conference that the measures simply provide a “temporary legal basis for government action … which the parliament itself can change at any time”.

‘Radical, even violent’
Several hundred aggressive demonstrators had already tried in late August to storm the Reichstag building where the Bundestag lower house meets, during a rally against coronavirus rules, in a protest Merkel condemned as “shameful”.

The interior ministry said Tuesday it had been informed by security services that protesters intended to block access to the Reichstag and Bundesrat buildings, justifying the ban.

The Bundestag security force warned MPs that “demonstrators from politically radical and even violent groups” were expected to take part in Wednesday’s protests with “attacks” possible.

Earlier this month, more than 20,000 people joined a violent demonstration in the eastern city of Leipzig against curbs to control coronavirus infection.

Most participants refused a police order to disperse after ignoring requests to wear face coverings and keep a safe distance between participants.x

Germany has fared better than most of its European neighbours during the pandemic, with polls showing broad acceptance of the government’s measures to control the virus’s spread.

But in response to a spike in infections this autumn, the country this month shut down restaurants, leisure facilities and cultural sites to cut down on social contacts.

Merkel and leaders of the country’s 16 states are to confer next Wednesday about a potential tightening of measures in the run up to the Christmas holiday period.

The Robert Koch Institute for disease control reported 17,561 new cases over the last 24 hours, bringing total infections to date to 833,307.

At least 13,119 people have died from the virus in Germany so far.