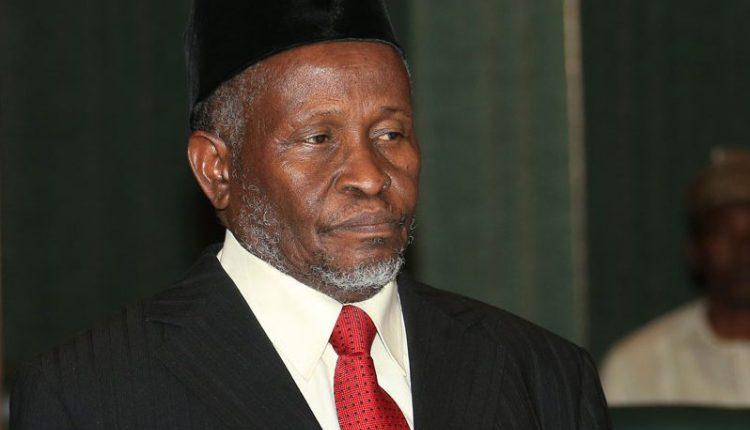 For falsifying their age, the National Judicial Council (NJC) has recommended the compulsory retirement of the Grand Kadi of Yobe State, Shu’aibu Talba, and a judge of the Osun State High Court, Justice Abdulkareem Abdulrasaq.

The decision for the immediate sack of the judicial officers was taken at the 93rd meeting of the NJC which was held virtually on December 16, 2020.

A statement by the Director, Information NJC, Mr. Soji Oye, noted that Talba was recommended for compulsory retirement following an investigation into a petition against him by one Malam Zakar Adamu, Chairman, Movement for Justice in Nigeria.

“Findings revealed that he was supposed to have retired on February 1, 2020, by virtue of his declared date of birth of February 1, 1955.

The Council, after deliberation, decided to recommend His Lordship’s compulsory retirement to Governor Mai Mala Buni of Yobe State. Furthermore, the Council requested the Government of Yobe State to deduct all salaries received by His Lordship from February 1, 2020, till date, from his gratuity, and remit same to the National Judicial Council that pays salaries of all Judicial Officers in the Federation” the statement said.

On Abdulrasaq, the statement said following an investigation into a petition against him by a Senior Advocate of Nigeria, SAN Chief Yomi Alliyu, it was discovered that he falsified his date of birth from September 3, 1955, to September 3, 1957.

“The Council, therefore, recommended His Lordship’s compulsory retirement to Governor Gboyega Oyetola of Osun State with effect from September 3, 2020. It also requested the Osun State Government to deduct from His Lordship gratuity, salaries received by him from September 3, 2020, and remit same to the National Judicial Council”, the statement said.

Meanwhile, the body, in exercising its disciplinary powers under the 1999 Constitution has suspended both Talba and Justice Abdulrasaq from office pending the approval of the recommendation of their compulsory retirements by their respective governors.

How are you seeing our The Matrix News and the page you are on https://matrixliveng.com/real-reasons-njc-recommended-sack-of-two-judges?
Go to mobile version