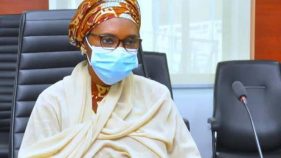 Nigeria’s tottering economic growth glided to a halt at the height of COVID-19 outbreak a few months ago. The three-year moving average was broken, sending a shockwave of fear and anxiety of a possible recession, less than five after the last one, through the economy.

On Saturday when Nigerians were supposed to be enjoying the weekend, the National Bureau of Statistics (NBS) confirmed the long-expected bad news. Nigeria is in recession.

But there is a more frightening insight – the economic managers may not have enough firearms to fight through and come out unscathed.

Perhaps, Nigeria has never faced such a complicated recession as this one

The recession is coming at a time unusual low foreign investment inflow. First, COVID-19 has created a global liquidity crunch, which is testing all economies simultaneously. For instance, a loan-shy Germany is sourcing for a facility in excess of 200 billion euros to pull its economy out the claws of the impact of COVID-19 and halt the growing risks.

At the regional level, the Europe bloc is packaging a debt instrument that would be guaranteed by all the members of the European Union (EU). Sovereign debts are, thus, a growing trend among countries in America, Europe, Asia and other regions who are desperate to salvage their economies.

Another challenge: Nigeria is becoming increasingly unattractive to foreign investments owing to insecurity and other conventional factors that are responsible for high business risks. In addition, Ken Ife, a professor of economics and financial expert, observed that returns on investments have become extremely low.

Today, the headline inflation and bond yields are progressively diverging.

Last week, the Nigerian interbank treasury bills’ true yield fell to negative territory with three months, six months and nine months treasury bills falling to 0.0689 per cent, -0.0369 per cent and -0.0920 per cent respectively. This means the investors were taking more and more head shave to have the government keep their money.

Ife said no foreign investors would invest his money in the current Nigerian market, not when inflation is inching close to 15 per cent. He argued that the investors would rather take a chance in economies where the inflation rates hover around two or three per cent.

The low yield bonds have continued to get a rebuff from foreigners just as the ban on local private and corporate investors’ participation in the open market operation (OMO) of the Central Bank is yet to be lifted. Prof. Ife said these challenges may have created unhealthy excess liquidity in the market, with many people “looking for where to put their cash”.

The growing liquidity is much as a challenge as it is a prospect for an economy that is facing hard times.

Corporate debt instruments could leverage a highly liquid economy to expand investments. But Ife said this is likely as people are extremely wary of investment expansion. During a recession, aggregate demand tends to contract leading to a rise in inventories. Production managers are guided by this reality – a reason an expansion that could necessitate bond sale is often approached cautiously.

With much cash holding in the face of valueless debt instruments, Nigeria may have been troubled by a liquidity trap in which monetary policy would be an inefficient economic weapon. If that is the case, lowering the Monetary Policy Rate (MPR), a possible outcome of this week’s Monetary Policy Committee (MPC) meeting, will not do much good.

The Central Bank has over the years, leveraged the buffers in form of reserve and excess crude account (ECA) to stabilize the falling naira. But with crude currently trading at par with the benchmarked price in the 2021 appropriation bill coupled with the protracted demand shock that could leave the country selling far below the 1.86 million barrel per day target in the budget proposal, Bala Zakka, an energy economist, said the buffer “may have disappeared”. This leaves one imagining the fate of a defenceless naira.

Professor Ife concluded that there would be “no headroom” to build the ECA for the rainy day anymore. Both experts (Ife and Zakka) admitted that a retreating cash flow would remarkably affect the reserve, which will weaken CBN’s ability to intervene in the foreign exchange market.

Falling oil prices and weakening demand do not only imply that the apex bank would not be able to strengthen the naira as it were. They also mean that the government may not have enough to perform its basic functions.

The share of crude oil in the GDP is less than 10 per cent. Yet, it contributes about 80 per cent of the country’s national income, meaning that a non-oil Nigeria does not appear feasible, at least not in the short- to medium-run. So, if this recession were a cash contest, Nigeria would not still be able to spend its way out of it.

The Chairman, Foundation for Economic Research and Training, Prof. Akpan Ekpo, also pointed out that general insecurity had shut out investors “completely”, worsening the revenue shortfall even before COVID-19 struck. He added that the Central Bank would need to be more aggressive in its developmental functions as monetary policies would be helpless in addressing the economic lull.

“The recession is further worsened by COVID-19, though the economy was not doing well before the pandemic. Unfortunately, the government does not have enough to spend. But we need robust fiscal and investment policies to get out of it,” he said.

Okpo described the recession as unusual, in the sense that it has crippled both the supply and demand sides of the economy – a rarity in economic thoughts. He urged the government to incentivize the private sector to invest extra-ordinarily.

According to him, the government may need to reverse the electricity tariff and the PMS pump hike to boost the confidence of the citizens in the economy. He said this is necessary to prevent a further rise in prices of foods, adding that people are spending much more than the allowable “15 per cent” of their incomes on foods, which is a sign of crisis.

The total real value of goods and services produced in the quarter was N17.82 trillion. The demand shock in the international market has seen crude petroleum and natural gas falling from -6.63 per cent growth in Q2 to -13.89 per cent the preceding quarter.

When Nigeria climbed out of recession in 2017, it was the gain in the oil and gas that propelled the growth engine. There does not seem an end in sight for the crisis in the market with Bala Zakka, an energy economist, warning that the odds do not favour Nigeria.

He said the international oil companies would continue to dismiss the country in the final investment decisions (FIDs) in months to come.

According to Director, Centre for Petroleum, Energy Economics and Law, the University of Ibadan, Prof. Adeola Adenikinju, the length and debt of the recession could ultimately depend on the response of the global economy to the COVID-19 vaccination breakthrough and the second wave.

Adenikinju, who is also a member of the MPC, agreed that the options before the country are limited. With exit doors tightly closed against Nigerians, the country may have been tossed to the hands of the gods as it seeks the fastest route to recovering.

How are you seeing our The Matrix News and the page you are on https://matrixliveng.com/recession-robust-fiscal-and-investment-policies-way-out?
Go to mobile version