Rilwanu Gadagau: Nigerian Lawmaker killed by Kidnappers, his body found in the bush 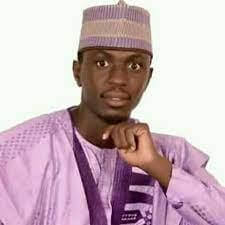 Rilwanu Gadagau, a member of the Kaduna State House of Assembly representing Giwa West, was killed by abductors on Wednesday, December 15, after he was kidnapped on Monday, December 13.

Gadagau was said to have been killed by the criminals while they headed to their hideout in the forest.
According to the sources, the lawmaker was said to have spoken last with one of his colleagues, Shehu Yunusa, before he was killed.

One of the sources said: “They were on phone with his colleague Shehu Yunusa on that fateful night, telling his member colleague that he was informed about kidnapping incident taking place ahead of them. He was contemplating either returning to Kaduna or proceeding to Zaria when he abruptly took an excuse and hung the phone.
“His phone remains switched off since Monday night. His body was found in the bush this morning.