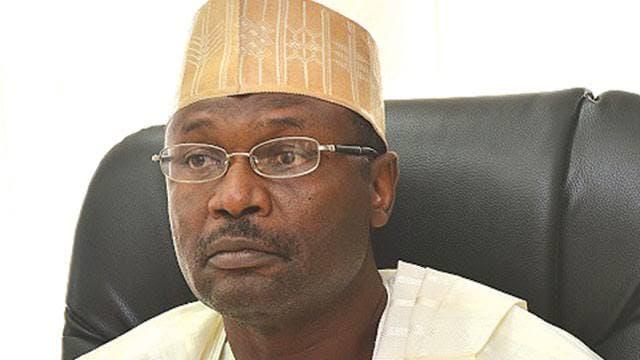 Several Senators have continued to commend the reappointment of Prof. Mahmood Yakubu, as Chairman of the Independent National Electoral Commission for the second term of five years.

Some of the senators include the Deputy Senate President, Ovie Omo-Agege, Senator Sandy Onor, (Cross River South) Senator James Manager (Delta South), amongst others described him as highly qualified for the job.

Ovie Omo-Agege in his submission said Yakubu has the comportment, temperament, and intelligence expected of the office.

“President Muhammadu Buhari should be commended because he saw what the majority of Nigerians saw in the way and manner Prof. Yakubu conducted the affairs of INEC in the last five years.

By this, they have come up with creative ideas on how we can sanitize the system by recommending the nominee,” Omo-Agege said.

Similarly, Manager who also supported the nomination and encouraged the INEC chief to protect his name and leave a legacy greater than the one he had made.

He noted that Yakubu has displayed rare courage and impartiality in the conduct of elections during his first term.

He also asked him to be wary of INEC staff that might be compromised because he had the responsibility to do the job.

“I urge the nominee that he should be more cautious of the INEC staff. This is because the name he will make when renominated is more important than his achievements in the past.

He should do the job to leave a legacy that is more than what he had achieved,” Manager said.

On his part, Senator Onor described Yakubu as “an unbiased umpire,” adding that, “he’s moving in the right direction.”

“The nominee has demonstrated competence, has shown indeed that he was an unbiased umpire. Today politicians don’t go into elections scared of whether they will be oppressed or not.

Going by his performance in the first term that he will do even better this second term. I’m looking forward to a situation where we will digitalize our processes even more,” Onor said.

Recall that the Senate on Tuesday confirmed the appointment of Prof. Yakubu, as Chairman of the Independent National Electoral Commission for the second term of five years.

The confirmation followed the consideration of the report of the Senate Committee on INEC, led by Senator Kabiru Gaya, which submitted its report at plenary and recommended Yakubu for confirmation.

The senators, who spoke before his confirmation, described him as highly qualified for the job.

Gaya in his presentation said there was no incriminating report against Yakubu and that he displayed a high level of intelligence during screening besides having requisite qualifications.