Six men in court over alleged threat to life in Ogun 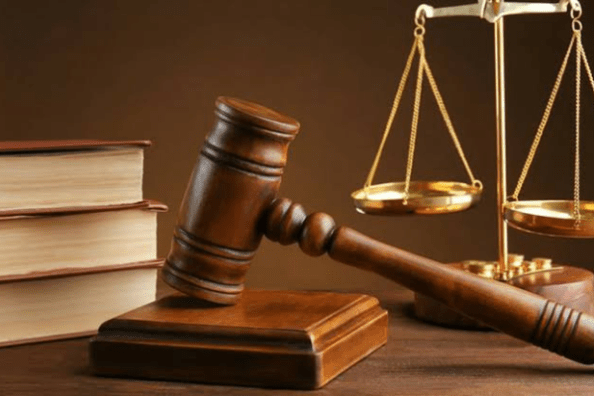 Six men who allegedly trespassed into a land and threatened the life of the owner, on Monday appeared in a Magistrates’ Court in Ota, Ogun.

The police charged Musa Rasheed,46; Tijani Rahmoni,47; Olayinka Olatunji,42; Ishola Temitope,21; Idris Isaiaka, 25; and Dada Olayinka, 24, whose addresses were not provided, with three counts of threat to life, breach of peace and conspiracy.

The prosecution counsel, Insp Emmanuel Adaraloye, told the court that the defendants committed the offence on Sept.17, 2020 at about 9 a.m.at Ajibode Community,Ota.

Adaraloye alleged that the defendants conducted themselves in a manner likely to cause breach of peace, when they threatened the complainant, Chief Adesina Isadare, with dangerous weapons.

They, however, pleaded not guilty to the charge.

Magistrate A. O. Adeyemi admitted the defendants to bail in the sum of N50, 000 each and one surety each in like sum.

She adjourned the case until Feb.8 for further hearing.