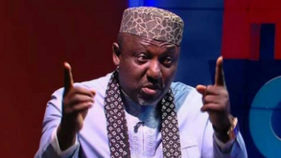 Former Imo State Governor, Rochas Okorocha, has advised the administration of Hope Uzodimma to stop fighting people of the state.

Okorocha, who spoke recently to The Guardian in Owerri, regretted that more than one and half years after leaving office, the present administration has continued to destroy the structures into which lots of Imo resources were committed, when he governed the state for eight years.

He particularly condemned the recent demolition of Somto Hospital, which cost over N1b and was commissioned by Vice President Yemi Osinbajo, in the twilight of his administration in memory of a 10-year-old boy shot in front of his father’s shop by a yet-to-be identified security operative, when Ekeukwu Owerre Market on Douglas Road, Owerri was demolished.

He said: “I said the fight against Rochas Okorocha should be separated from fight against the people. My heart bleeds over that. I want to plead with the government of the day to fight me alone and not people of Imo State.

“I am not happy about the things happening in Imo State. The fight through the probe panel, EFCC and ICPC is enough. They need to separate politics from governance. I advise the government to leave behind legacy projects. The government must sit up and work, rather than fight… It pains me to see that my projects are being destroyed…”

The Senator representing Imo West Senatorial district said there was no time his private account was seized.

He lamented that most structures built by his administration were not occupied, including the Police and 2,100-bed space Correctional Service headquarters in the state capital.