0
SHARES
4.7k
VIEWS
Share on FacebookShare on TwitterShare on LinkedInShare on Whatsapp 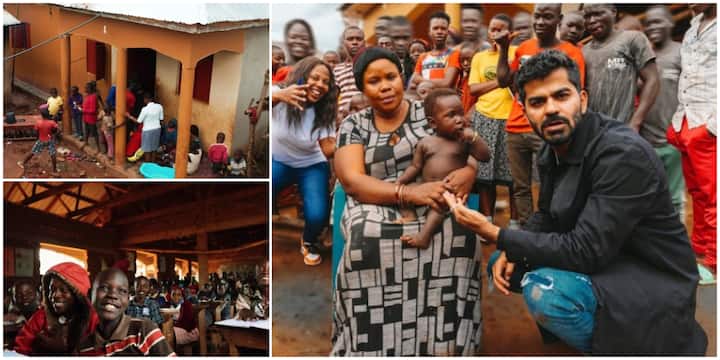 The amazing story of an extraordinary 40-Year-Old African woman who gave birth to 44 children from one man is currently generating a buzz online.

The amazing Ugandan woman delivered 22 boys and 16 girls with her last childbirth coming in December 2016.

Popularly called Mama Uganda, started childbearing at the young age of 13 after she was married off by her parents at age 12.

The woman takes care of the children herself as her husband abandoned them after taking off with all their money.

A kind-hearted Arabian man provided the bunk beds that her kids sleep on but Mama Uganda has been able to enroll all her children in school.

Beaming with a smile from ear to ear, the strong woman revealed that doctors told her she is very fertile and that has contributed to her large childbearing.

It is reported that no family planning method worked for her. Explorer Hattab visited the woman’s residence and shared a video of its interior.

Expectedly, her story has been generating reactions online.

According to Ify Mado, she is a heroine while calling on the Ugandan President to take over the family’s welfare.

“She is really a heroine. She should make the Guinness Book of Records. Besides, the Ugandan President should take over the entire family welfare. It must go down in History because it’s only God who can do that. At least if you are talking about the history of Ugandan she will definitely be mentioned. This is rare in the world. Congratulations. May God continue to provide for your family” she wrote.

Mary-Anne Delaney also wrote: “She is so beautiful. Her children are happy. Still, they need to be able to receive financial help. The laws need to change about early marriage. God bless their family.”

Tags: 44 ChildrenWoman Who Gave Birth To 44 Children For One Man
Previous Post