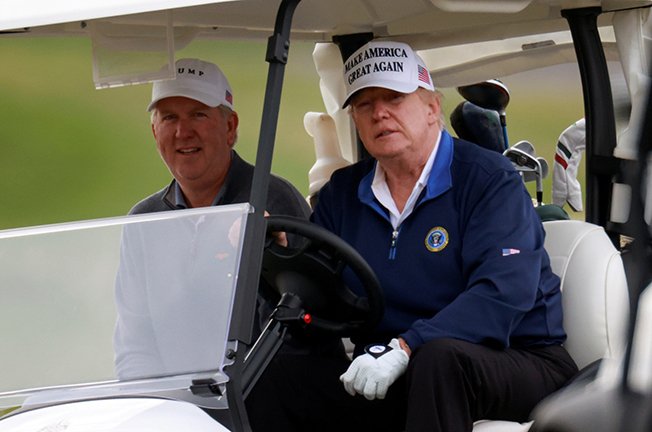 Trump National Golf Club in Bedminster, which is owned by U.S. President Donald Trump, has been stripped of the 2022 PGA Championship, the PGA of America said on Sunday.

“The PGA of America Board of Directors voted tonight to exercise the right to terminate the agreement to play the 2022 PGA Championship at Trump Bedminster,” PGA of America President Jim Richerson tweeted.

In a video posted on the organisation’s website, Richerson added that hosting the tournament at the course in New Jersey would tarnish the PGA of America’s image. It did not disclose a replacement venue.

“It has become clear that conducting the PGA Championship at Trump Bedminster would be detrimental to the PGA of America brand and would put at risk the PGA’s ability to deliver our many programmes and sustain the longevity of our mission.”

A representative for the Trump Organisation said they were “incredibly disappointed” with the decision.

“We have had a beautiful partnership with the PGA of America … This is a breach of a binding contract and they have no right to terminate the agreement,” the representative said.

“As an organisation we have invested many millions of dollars in the 2022 PGA Championship at Trump National Golf Club, Bedminster.

“We will continue to promote the game of golf on every level and remain focused on operating the finest golf courses anywhere in the world.”

The decision to move the men’s major comes after the U.S. president exhorted thousands of supporters to march on the Capitol on Wednesday as Congress met to certify his defeat to Joe Biden.

The development prompted chaos in which crowds breached the building and forced the evacuation of both chambers.

Five people died in the rampage by Trump’s backers after a fiery speech denouncing the Nov. 3 election results by the Republican president.